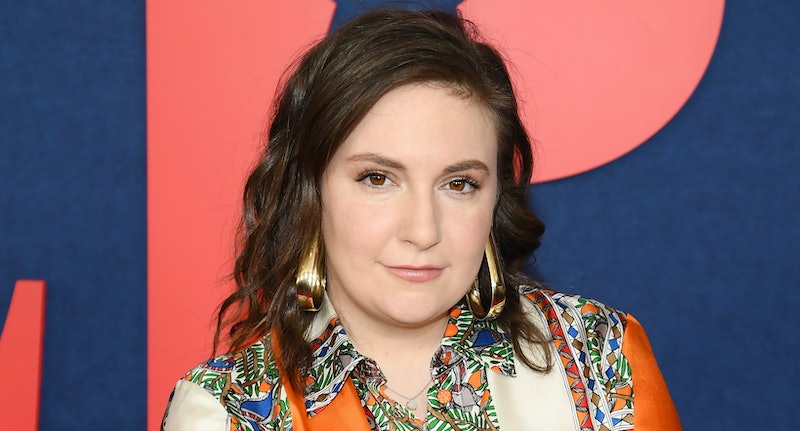 Lena Dunham's hit TV creation Girls finished in 2017 and ever since fans have been reeling from the loss of Hannah, Marnie, Jessa and Shosanna. The show that captured viewers' hearts from 2012 taught us so much and about relationships and the importance of female friendship. While we've had a Girls-sized gap in our hearts for the past two years but Lena Dunham has brought us some good news to remedy the pain. Dunham has created another TV show and it's based in the UK.

According to WalesOnline, Dunham has announced that the reason she has been spending so much time in the UK is because she has been filming a new show Industry in Cardiff, Wales. The show is about a group of 20-somethings who are trying to break into the cut throat world finance. According to an official show description given to Variety, "the show follows a group of young graduates competing for a limited set of permanent positions at a top investment bank in London. The boundaries between colleague, friend, lover and enemy soon blur as they immerse themselves in a company culture defined by sex, drugs and ego as well as deals and dividends." Sounds pretty exciting. It might seem a little strange that the show is being shot in Cardiff because it is set in London. But as WalesOnline reports, it's by no means the only show to be set in the capital but filmed in Wales. Among the list of shows shot in Wales is the Netflix TV show The Crown, which is set in several London locations.

Another probable reason why Industry is being shot in Cardiff is because, according to Screen Daily, the UK production company Bad Wolf are working alongside Dunham to create and produce the show for HBO. Bad Wolf are based in Wales and are responsible for producing works such as BBC's His Dark Materials so your expectations should be pretty high for this show. Jane Tranter, the owner of Bad Wolf, told Vanity Fair "the scripts for Industry have an energy and direction that comes from their first-hand experience of the trading floor and their ear for sharp dialogue immediately captured our attention."

Dunham showed her excitement for the new show on Instagram where she posted a photo announcing that she was writing and executive producing a new series. Dunham captioned it "HHHH! I'm so excited to announce I’m directing & executive producing a new series with @hbo called INDUSTRY. It’s all about the cutthroat world of international finance. Think Wolf of Wall Street meets Melrose Place! I've moved across the pond for the summer to shoot this - specifically Wales UK - which is a dreamy place with fairytale gardens, super sweet humans, and dragon mythology. So taking reccs on secret spots, cuisine, you name it."

Sounds pretty exciting, if you ask me. If you ever wanted to learn about the world of finance from afar, now's your chance. It sounds pretty far away from the Girls plot but both revolve around twenty somethings as they navigate their careers. I'm here for it.