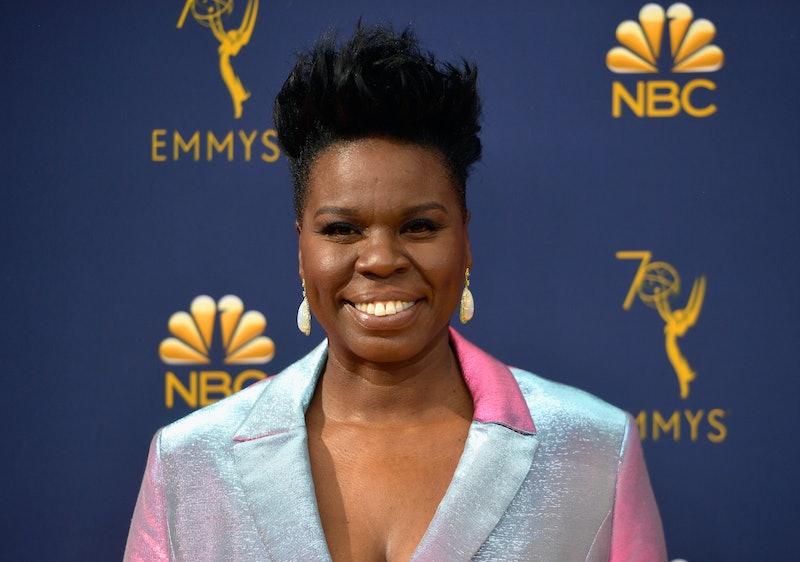 Please say this is just a joke. Leslie Jones is leaving Saturday Night Live, according to an Aug. 27 report by The Hollywood Reporter. Jones will not return to the 45th season of the revered sketch comedy show, set to return to NBC on Sept. 28. According to sources, the Ghostbusters actor has made the decision to leave the show in order to focus on several upcoming projects. Her upcoming projects include the Coming to America sequel and a Netflix stand-up special.

Jones first joined the Lorne Michaels-created sketch comedy in 2014 as a writer. Following several breakout performances — such as her various segments on “Weekend Update” alongside Colin Jost and Michael Che — Jones was eventually relegated to a full time cast member. For now, it’s unclear whether SNL will replace Jones, who has garnered several award nods for her work in the series, such as best supporting actress at the 2017 and 2018 Emmys. As THR noted, Jones served as the oldest cast member in a roster that’s accustomed to cast changes each season.

Jones latest project includes a voice-over role in Angry Birds 2. She has also starred in other films such as Ghostbusters, Sing, and Trainwreck. The SNL staple is slated to headline her own upcoming Netflix stand-up special, set to arrive on the streaming service sometime in 2020. Her Coming to America sequel alongside original star Eddie Murphy and If Beale Street Could Talk star Kiki Layne is due out in August 2020. She's also slated to star in the upcoming boxing drama I Am Maurice alongside Chris Rock and comedy Queenpins alongside Kristen Bell. Jones' TV credits also include NBC’s The Blacklist, Hulu’s The Awesomes, Comedy Central’s Workaholics, ABC’s Kevin (Probably) Saves the World, and ABC's upcoming The $100,000 Pyramid.

Shortly after the news of Jones' departure, fans took to Twitter to mourn the loss of such a comedic staple in the sketch comedy. “Bummed at reports that Leslie Jones is leaving SNL,” Associated Press film critic Jake Coyle wrote on Twitter. “In every way an exceptional cast member: one of the show's oldest ever and one of its most electric.”

"leslie jones must be one of the most mistreated members from snl and i’ll admire her forever for being such a force despite all the hate she received," Twitter user @haderrights wrote. "she is funny as hell and should do more things."

SNL returns for its 45th season on Sept. 28 with host Woody Harrelson and musical guest Billie Eilish. While Jones' departure is a major loss for fans, it'll be exciting nonetheless to witness her flourishing career.