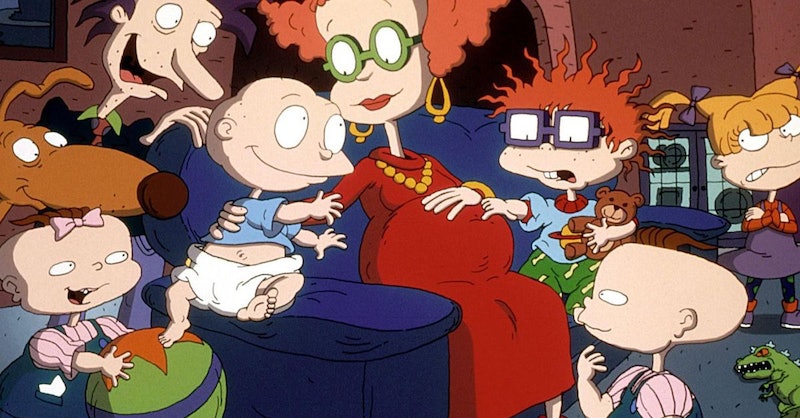 The '90s were a strange, wonderful time for children's cartoons. Nickelodeon shows in particular, like Hey Arnold!, CatDog, The Fairly OddParents, and Spongebob Squarepants, were funny, dark, and deeply, deeply weird. (How did CatDog poop? Arnold's grandma joined a nudist beach? What was Squidward's deal?) At the time, we loved them because they were entertaining and our parents didn't understand them and were vaguely disapproving, but looking back, a lot of them were also progressive as hell, and perhaps none more so than Rugrats.

Even though it was a show about infants, Rugrats didn't treat its viewers like babies. It leveled with us, like that cool uncle who swears in front of you and lets you take over the steering wheel sometimes when he's driving. The show didn't shy away from difficult or controversial topics, like religion, gender roles, and grief, and it managed to explore them in a nuanced, subtle way that planted ideas in kids heads without making us feel like we were being lectured.

And if the past couple of years have taught us anything, its that these lessons are worth revisiting — again, and again, and again. With that being said, here are some of the many ways Rugrats was progressive AF.