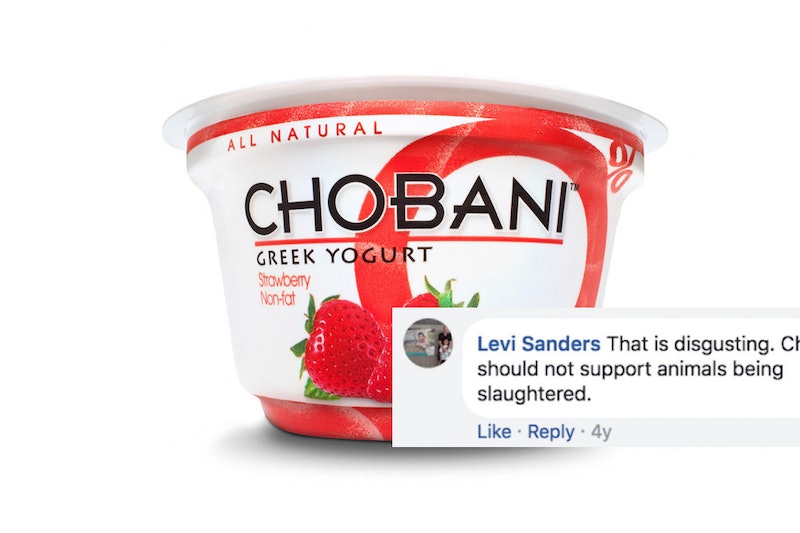 When it comes to getting mad online, we've all been there. We've seen something that offended our taste or ideology, and we just... decided to let loose. So maybe it's no surprise that just like any other human, Bernie Sanders' son has gotten furious on social media, too.

Levi Sanders, the wannabe politician and son of Bernie, recently came under media spotlight when he announced he planned to run for Congress in New Hampshire's first district. Sanders made the announcement on his campaign website, telling readers that he was vying for the position presently occupied by Democratic Rep. Carol Shea-Porter. Porter said she will not be running for re-election.

It may be a difficult race to win. Sanders, who is 48, has never held public office before. This won't be an anomaly in American politics, since prominent figures have emerged and held powerful positions without political experience. Sanders does have some political knowledge and practice as a senior aide for his father's presidential campaign in 2016 as well as a consultant on Social Security benefits. He's also "extremely mad" on the internet, according to a report by Ashley Feinberg of The Huffington Post.

Per Feinberg, who dug into Sanders' Facebook posts, the aspiring Democratic candidate has a solid dislike for a number of things. Some of the remarkable subjects of Sanders' e-rage included the yogurt brand Chobani, seemingly unfair high school reunion RSVP fees, Houston, and fake vegetarians. Online, some people related to Sanders.

In Facebook comments from three years ago, Sanders makes his position on meat-eating loud and clear. It's inhumane, he reportedly told one of his Facebook friends. Apparently, a person named "David" was selling special pork sausage on Mother's Day and that infuriated Sanders.

In his comment below the presumed post (Feinberg shared screen-shots only), Sanders asks David, "How about the baby pig who had either its mother or father taken from him. How was their Mother's Day?" He also added, "When you butcher an animal, you cannot do it humanly. This is as [sic] oxy moronic statement." Still, Sanders seems to try to be cordial with his e-buddies. Right after that scathing comment, his account says, "That being said, good to hear from you."

When it came to high school reunions, Sanders would not have it with what he thought was an exorbitant fee to charge those who didn't RSVP for the event. Sanders seemed to have a solution for the reunion quandary and said, "This is boring. My point is take the money out of the equasion [sic] and I assure you more people would go. Having to pay for things when it should be free, I know is a novel idea, but it really makes sense." He added, "It is amazing that you all simply don't understand this."

And when it came to Chobani, Sanders was mad again. Four years ago, he had an issue with the company posting a Facebook link detailing a guacamole and bacon bits recipe. Sanders was totally against it. He replied: "That is disgusting. Chobani should not support animals being slaughtered."

Oh, and he hates Houston — at least, according to these Facebook comments. It's a "shot hole" (I'm assuming that he called it a s***hole) which has "one of the worst police forces in the country, and a legal system which discriminates against minorities."