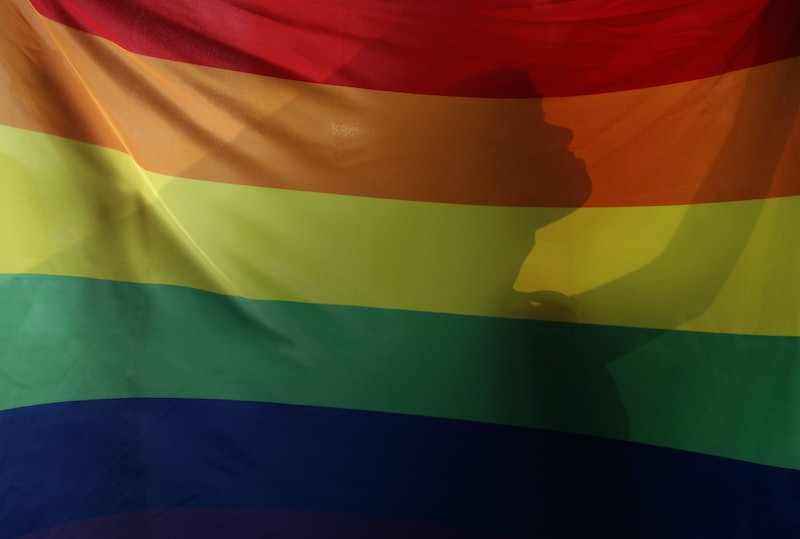 A new study is showing just how pervasive stigma and discrimination towards LGBTQ youth is in the United States. The findings of The Trevor Project’s National Survey on LGBTQ Youth Mental Health, released on Jun. 11, are eye-opening — and highlight the need to have safe, affirming spaces and accessible mental health resources for LGBTQ youth.

The survey — which included responses from nearly 35,000 participants between the ages of 13 and 24 from every state — is the largest study ever conducted on the mental health of LGBTQ youth, according to The Trevor Project, a non-profit organization focused on providing crisis and suicide prevention services for LGBTQ youth.

The findings showed that 39% of the teens and young adults who were surveyed — and over half of trans and non-binary youth who participated in the study — said they "seriously considered suicide" in the past 12 months. And 76% LGBTQ youth who participated in the survey felt that recent politics had negatively impacted their mental health and “sense of self.” What’s more, nearly one in five LGBTQ youth who were surveyed had attempted suicide in the past year, with nearly one in three trans and non-binary youth specifically reporting a suicide attempt.

The study also revealed that over 70% of the teens surveyed reported experiencing discrimination, and about two-thirds of the participants said someone tried to convince them to change their sexual orientation or gender identity within the past year. One in five of those surveyed also reported being physically harmed because of their sexual orientation or gender identity. LGBTQ teens and young adults who were assaulted, who underwent conversion therapy, or who experienced discrimination faced higher rates of suicide attempts over the past 12 months.

“Suicide is an ongoing public health crisis for young people in the U.S., especially among LGBTQ youth. Better understanding the mental health experiences of LGBTQ young people is a major step in addressing their significantly higher risk for attempting suicide," Amit Paley, the CEO and Executive Director of The Trevor Project, said in a press release about the study. "The Trevor Project's new data underscores the need for LGBTQ inclusive and life affirming policies, environments, families, and communities — especially in support of transgender and non-binary youth.”

Past studies have shown LGBTQ youth often use social media to access health information, to learn more about gender and sexuality, and to connect with others in the LGBTQ community. A 2013 report conducted by the Gay, Lesbian and Straight Education Network (GLSEN) found that as positive as a resource social media can be for LGBTQ youth, they also experience three times the amount of cyberbullying than their non-LGBTQ peers — which can, in turn, negatively impact mental health.

That being said, The Trevor Project found that over 80% of the LGBTQ youth surveyed said that an “LGBTQ safe-space networking site” was valuable to them. The Trevor Project also recently partnered with Instagram to release an LGBTQ safety guide for the popular social media app. The guide focuses on how to “practice self-care” in online spaces, and how to prioritize your health and wellbeing. The simple, step-by-step guide shows social media users how to mute people, control comments on their page, limit who they share content with, and how they can find more positive, LGBTQ-focused accounts.

While aspects of The Trevor Project's findings may be saddening, one of the biggest (and most hopeful) takeaways is that LGBTQ youth are also willing to reach out to someone when in a mental health crisis. Creating supportive communities — both online and IRL — can help support mental health, diminish stigma, and make members of the LGBTQ community feel less alone.