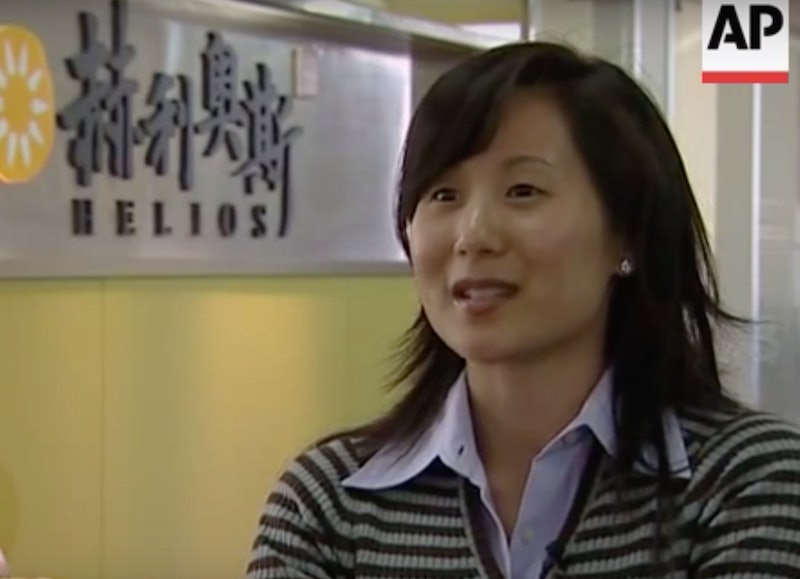 Following a struggle to move on from Larry Nassar's alleged assault of more than 350 girls, USA Gymnastics has named Li Li Leung as president and CEO. The organization has had four leaders in just 23 months, but Leung's appointment offers hope of a change.

Leung worked last as vice president at the National Basketball Association, but has experience in gymnastics, having competed at the collegiate level. "I am honored to be the next CEO of USA Gymnastics and to lead an organization that plays an important role in a sport that I care deeply about and had so much positive influence on my life," Leung said in a statement released by USA Gymnastics upon her hire.

"Like everyone, I was upset and angry to learn about the abuse and the institutions that let the athletes down," she continued. "I admire the courage and strength of the survivors, and I will make it a priority to see that their claims are resolved. I look forward to collaborating with the entire gymnastics community to create further change going forward."

USA Gymnastics' board chair Kathryn Carson noted Leung's leadership, organizational, and communication skills in the announcement. "The Board looks forward to supporting Li Li as she delivers her vision to transform and strengthen our organization and culture," Carson said in the appointment statement.

The Indianapolis Star reported that Leung was a three time All-Academic All-Big Ten conference gymnast at the University of Michigan and won the school's academic achievement award for athletes twice. She went on to get an MBA-Master of Science dual degree in business and sports management from the University of Massachusetts at Amherst, according to her LinkedIn.

Leung's appointment won't resolve the group's many problems, which include having filed for bankruptcy in December to head off lawsuits from Nassar's accusers. Lawyers for survivors at the time called the group's leadership "both morally and financially bankrupt," CNN reported.

Leung told USA Today that she would work to reach settlements with the survivors, but she'll still face the problem of having no major sponsors for sources of income (something she told the paper she'd address after the settlements and implementing changes to prevent further abuse).

Another problem to reckon with, though, is the attempt by the U.S. Olympic Committee (USOC) to have USA Gymnastics decertified as the sport's governing body in November — a move welcomed by gymnasts at the time.

Olympian Aly Raisman, a survivor of Nassar's abuse, supported that step. "I believe this is a significant step forward that is necessary for the overall health and well-being of the sport and its athletes," Raisman tweeted in response. "There are so many amazing, talented and kind-hearted people in this sport, and it’s time for them to lead us into the future!"

Leung will now work to change the USOC position. According to what Leung told USA Today, "both sides are committed to work closely to resolved decertification."

American gymnasts deserve the support of a world-class organization and securing top-level management is one of the most important aspects of USA Gymnastics’ way forward. Li Li Leung is an accomplished professional, a former gymnast herself, and committed to transforming the culture of the sport. I’m very hopeful that Li Li’s combination of experience and desire to lead will be a positive force for change in the lives of gymnasts all over the country.

Leung's job, it seems, will not be easy.