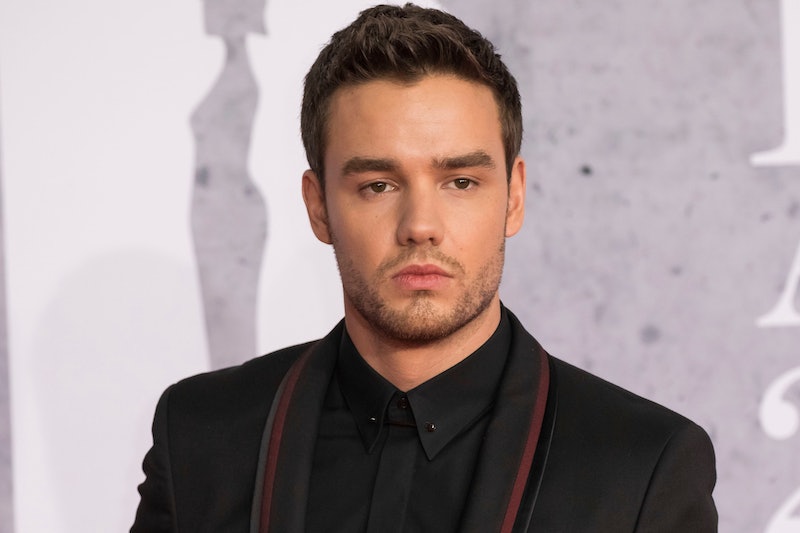 It's been more than three years since the modern world's biggest boyband officially went on a hiatus, but the buzz surrounding the members of One Direction has never died down. In a new interview, Liam Payne has revealed how the "toxic" fame that came with being in One Direction led him to turn to alcohol, and it immediately got people talking.

Appearing on the cover of Men's Health Australia's July issue, the 25-year-old star opened up about his start in the music business. Payne — who appeared on The X Factor at the tender age of 16 — soared to fame as one fifth of One Direction. "I just think it was just dumb luck," he told the magazine, referring to the band's record-breaking success.

And although the Men's Health writer admitted they'd been given "strict instructions not to ask any One Direction-related questions," it seemed like Payne was only too happy to get things off his chest. He first spoke about the general struggles of fame, telling the interviewer:

"It’s difficult when you have the level of fame that we had in the band. There have been a lot of people in trouble with mental health that aren’t really getting the help that they need and I think that’s a bit of a problem in our industry."

"It’s the same sh*t that happens to everyone, that’s been happening since the '70s. You know what the traps are and if you are lucky enough, like me, to be able to get out of that scenario and back into a sense of normality, then you know it’s a bit different.”

Payne then moved on to how he had personally found One Direction superstardom, noting: "When you’re doing hundreds and hundreds of [concerts] and it’s the same 22 songs at the same time every single day, even if you’re not happy, you’ve got to go out there." He likened it to "putting the Disney costume on before you step up on stage."

He said he "never" felt in control, admitting that "underneath the Disney costume, I was pissed quite a lot of the time because there was no other way to get your head around what was going on. I mean it was fun. We had an absolute blast but there were certain parts of it where it just got a little bit toxic."

This isn't the first time Payne has reminisced about the downsides of his boyband career. As the Evening Standard reports, in a May 2018 interview with Kiss FM, he said that being famous for the first time "nearly killed" him, adding: "When the band started our break, I struggled with the idea of becoming famous again. It scared the living daylights out of me."

And Payne isn't the only member of One Direction to have spoken out on this topic. Zayn Malik, who quit the band in March 2015, told The Times he had developed an eating disorder during his time in the band. "Every area of my life was so regimented and controlled, it was the one area where I could say, 'No, I'm not eating that,'" he said.

All of the boys are now dealing with fame alone, after each decided to embark on solo careers. But Louis Tomlinson believes the band will eventually get back together. In a recent interview with ITN, the 27-year-old said he thinks a reunion is "inevitable." He continued: "I'd certainly have something to say about it if it didn't."

Don't get too excited, though, because Tomlinson has no idea when this potentially reunion would be. "When is the big question," he admitted. "That's something none of us really know the answer to at the moment. I feel like what's most important is that when we do get back together, we're all on the same page and we've all done what we want to do individually. That's vitally important for when we get back."

Clearly, another thing of vital importance before a future One Direction reconciliation is ensuring that they are all physically and mentally healthy. Because coping with the fandom clearly isn't as easy as it looks.