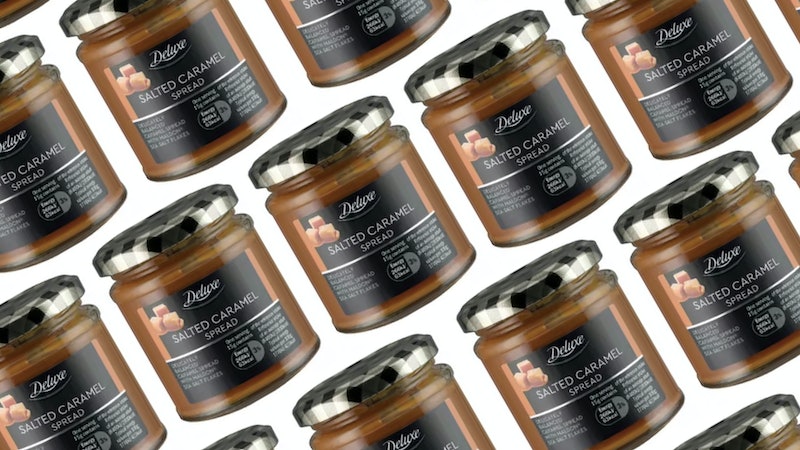 When it comes to sweet tasting and spreadable delights, there's really quite a selection available at UK supermarkets. Yes, there's plenty of options when it comes to smothering on pancakes, taking your frosting from zero to one hundred, and, of course, eating straight from the jar when nobody's looking. However, one supermarket has just taken things up a notch. Lidl have just launched two salted caramel spreads and I reckon it's the perfect thing to satiate those sugar/salt cravings all at once.

The new spreads is more than a little bit of what you fancy, and, as I mentioned before, they've only gone and made two varieties of the blooming stuff. So grab your dribble bib and let's dig in to what's on offer.

The spreads are a part of the Deluxe (AKA posh) range and are sure to be a massive hit with fans of that oh-so-special taste of salted caramel. Alongside those two extra special spreads, there's also a Banoffee flavoured one for you to go bananas over. Yes, that was cheesy, and I'm A-OK with it.

In even more good news, it turns out these delights cost a mere £1.99 each. Someone hand me my bag for life. Immediately.

These new Lidl spreads a sure-fire hit, especially in the run up to the Christmas period. And looks like lots of other major supermarkets are already getting ready to deal with an influx of festive-cheer-related products, too. In fact, some may have jumped in on the action a little too early, if you ask me. Like Sainsbury's, who were selling Christmas puddings and mince pies as early as September. Yes, September.