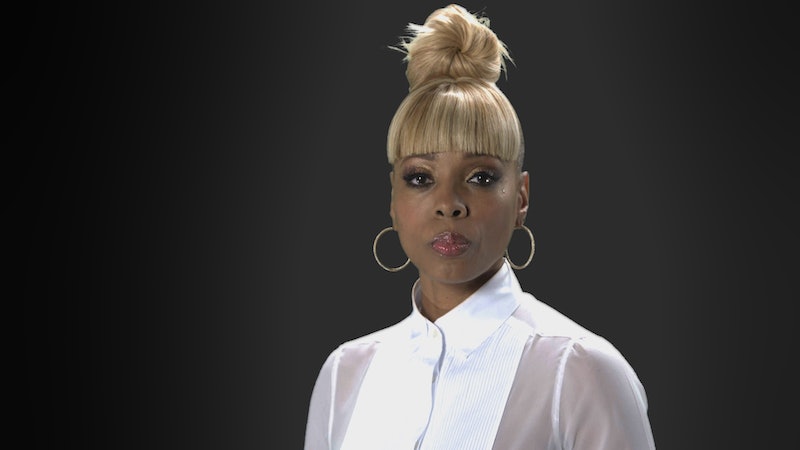 Beginning on Jan. 3, Lifetime aired a three-part documentary series about the allegations against musician R. Kelly. Some people chose not to watch it due to its sensitive and potentially triggering material, and others tuned in, united in support of its subjects. After airing, Surviving R. Kelly sparked a rise in sexual assault hotline calls and an overwhelming surge of responses from viewers, particularly prominent figures in Kelly's industry and the black community. (Bustle previously reached out to R. Kelly's representation, but did not hear back at the time of publication.)

Kelly has been accused of sexual coercion, abuse, and exploitation, with allegations first surfacing as far back as 1994, as reported by Vox. Kelly has repeatedly denied the allegations against him. In 2008, he was acquitted of child pornography charges, according to Billboard. Later, in 2017, a report was published by BuzzFeed detailing allegations that the singer was operating a sex cult. In response to the report, Kelly told The New York Times that it was an "attempt to distort my character and to destroy my legacy." Currently, Kelly is preparing to release a new album.

The Lifetime series portrayed over 50 harrowing interviews, per Lifetime, with Kelly's family, colleagues, and the survivors of his alleged abuse. The interviews offered insight on how the singer's alleged manipulative behavior and toxic ways have spilled into his relationships, while simultaneously contributing to his current freedom.

Needless to say, these detailed recounts spurred a passionate response from the public. A Rape, Abuse & Incest National Network (RAINN) spokesperson told The Daily Beast on Friday that the National Sexual Assault Hotline fielded a 27 percent increase in calls after the program premiered, compared to the Thursday prior.

Other organizations anticipated that response and did their best to prepare the public for viewing. Color of Change, the nation's largest online racial justice organization, prepared and published a downloadable viewing guide for the documentary.

This isn't the first instance in which RAINN has seen a spike in calls as the result of public accusations or news of sexual assault. According to the same report from The Daily Beast, "RAINN saw an 147 percent increase in calls when Christine Blasey Ford testified against Supreme Court Justice Brett Kavanaugh in September, and 33 percent more after the release of Donald Trump’s infamous Access Hollywood tape in 2016."

Like Color of Change, RAINN also anticipated a response and used social media to advocate for their followers by sharing the hotline information. "Watching or reading about Surviving R. Kelly and need to talk?" the official RAINN account tweeted. "The National Sexual Assault Hotline is here 24/7."

John Legend, whose testimony appeared in the documentary, tweeted in support of the survivors after people called his decision to be featured courageous.

"To everyone telling me how courageous I am for appearing in the doc, it didn't feel risky at all," he wrote. "I believe these women and don't give a f*ck about protecting a serial child rapist. Easy decision."

Also featured in the series, Chance the Rapper said he regrets collaborating with Kelly on his 2015 song "Somewhere in Paradise," calling it "a mistake." A soundbite from his May interview with Cassius, a digital lifestyle publication, was edited into the show. "I didn’t value the accusers’ stories because they were black women," he said.

On Saturday, Chance tweeted that the particular soundbite used was taken out of context (see the interview here for full detail), but he remains apologetic for being complacent in the face of Kelly's alleged behavior for so long.

"The quote was taken out of context," he wrote. "But the truth is any of us who ever ignored the R. Kelly stories, or ever believed he was being set up/attacked by the system (as black men often are) were doing so at the detriment of black women and girls. I apologize to all of his survivors for working with him and for taking this long to speak out."

It's unclear what Lifetime's documentary will mean for Kelly, but the program appears to empowering people to reach out for help. That alone means that the courageous women who spoke out against the singer have shown their voices have power and that they can make a difference.

More like this
Where Is Armie Hammer’s Ex-Wife Elizabeth Chambers Now After 'House Of Hammer'?
By Grace Wehniainen and Radhika Menon
Gabby Petito’s Family Responded To The New Lifetime Movie About Her Final Days
By Grace Wehniainen
Paul Mescal, Man Of Mystery
By Samantha Leach and Heather Hazzan
Olivia Wilde Addresses *Those* Florence Pugh & Shia LaBeouf Rumours
By El Hunt and Sam Ramsden
Get Even More From Bustle — Sign Up For The Newsletter