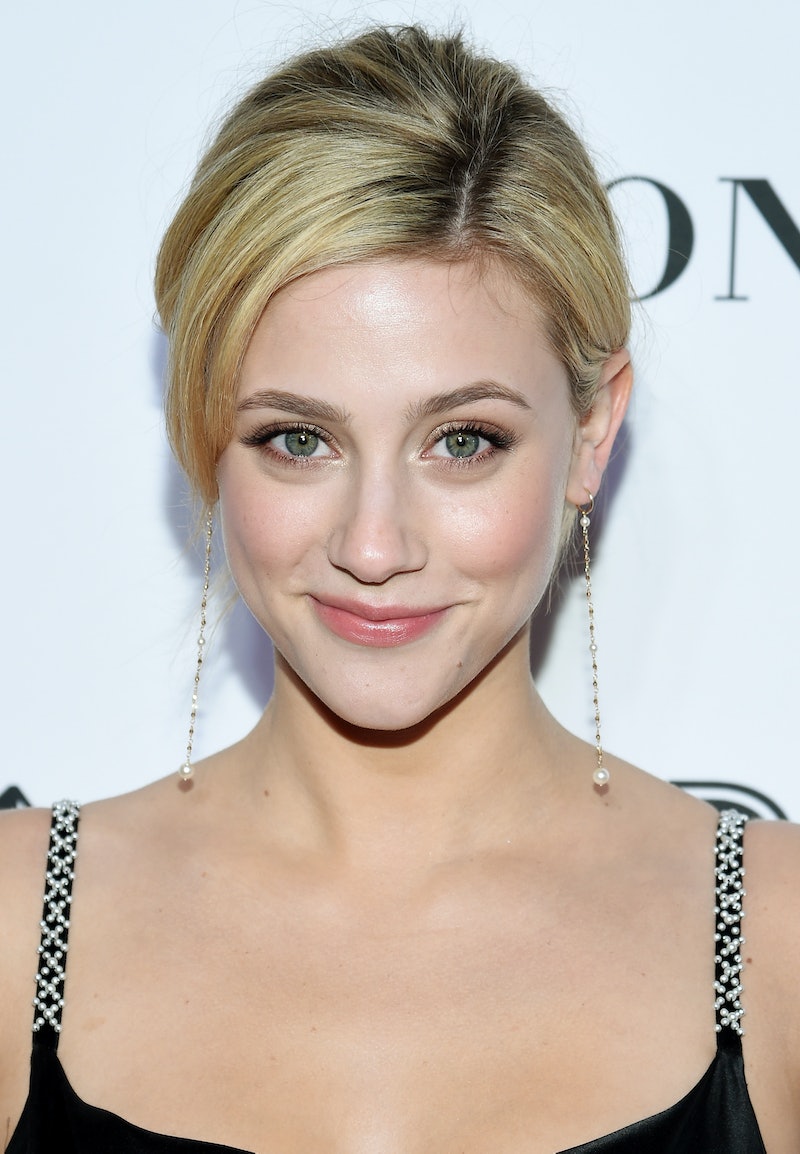 Social media can easily become overwhelming, and it seems like that's led to a certain Riverdale star deciding to take a breather from it. In a new post on her Instagram Story, Lili Reinhart said she's taking a break from Twitter. And given all of the negativity that can come from what people post online, it makes sense that she's ready to take a step back for a bit.

She announced the news in a series of text posts on her story, starting out by addressing how "negative and disrespectful" people have been on the platform.

"Do people on Twitter ever get tired of being so negative and disrespectful to literally everyone and everything?" she wrote. "Are they really that miserable? There's hate everywhere. But especially Twitter. It's like a cesspool for evil 15 year olds who don't know what the hell they're talking about and have nothing better to do."

Anyone who spends a significant amount of time on Twitter can understand where she's coming from — although a lot of tweets are all about cracking jokes and sharing hilarious memes, there's definitely a darker side. And for celebrities, it seems like that part of the site can be especially difficult to avoid.

Then, she went on to say that she was taking a break because of people attacking her Riverdale castmates and her relationships. Reinhart wrote:

"Taking a break from that toxic site and the people on it who feel the need to constantly attack me, my cast mates, my relationship, and Riverdale. Hate to break it to you online trolls: spreading your hate and negativity online won't make you any less miserable."

Although Reinhart didn't share exactly why she's taking a break, it seems like it could be related to the recent drama that went down on Twitter between YouTuber Elijah Daniel and a few of her castmates. It all started when Daniel tweeted, wondering if "the Riverdale fanbase know the show sucks and don't care or do they just not know."

This led to KJ Apa, who plays Archie Andrews in the show, replying with a tweet of his own, saying, "Do your fans know that you’re a f*ckn idiot or do they just not care?" Ashleigh Murray, who plays Josie, ended up exchanging several tweets with Daniel, adding to the overall conversation.

By Saturday evening, Cole Sprouse contributed a tweet as well, writing, "What a nice day to ruin my mood with social media."

But even if this isn't the reason Reinhart wants to take a break from social media, it makes sense that if she's dealing with so much hate, she'd need to walk away from Twitter. Taking a social media break is something that a lot of people could benefit from, especially during the holiday season, which can already be so stressful on its own.

Hopefully, Reinhart will return to Twitter when she's comfortable — and the trolls will take a break, too. Nobody deserves to get hate online, celebrity or not.