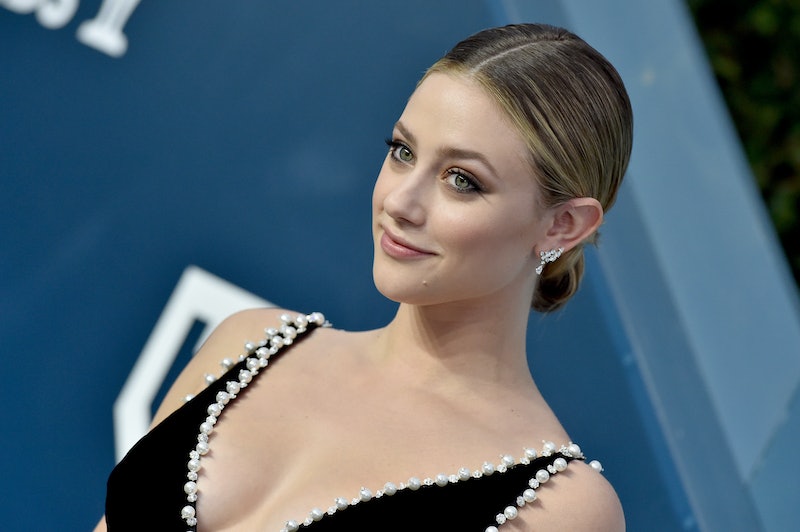 As serious as the coronavirus outbreak is, the global pandemic has been the least of one Riverdale star's worries these days. Lili Reinhart's dog Milo was attacked by another dog over the weekend and is currently recovering from the altercation. The ordeal took quite the emotional toll on Reinhart who documented her stress over the ordeal throughout the last several days.

Shortly after the traumatic encounter took place on Friday, April 10, the Riverdale actor took to Instagram to recount the horrifying details of the encounter, revealing that he had been rushed to the animal hospital for emergency surgery. “He has a pretty deep wound on his neck,” she tearfully stated in the video. “And God, it was just a very, like, horrifying experience. I’ll keep you guys updated on how he’s doing, but keep him in your thoughts, please. Thanks, guys.”

Since then, she's provided fans with updates on her dog's condition, which has fortunately consisted of generally positive news overall. “Milo’s resting. He’s taking it easy. He has some doggie CBD that helps him kind of stay more chilled out right now,” Reinhart explained in a video she shared on her Instagram Story on Saturday, April 11. “He’s doing really well and getting lots of love.”

She followed up the video with a series of other Milo-centric images, detailing how grateful she was that her fur baby is doing well and on the mend. “I’m not sure what made that other dog release its grip on my little baby, but it’s a miracle,” she wrote. “And I am so thankful that he is okay and safe at home with me.” She went on to add how "“his little head was in the jaws of a dog 10x his size" and that she felt so helpless at the time. Thankfully, though, her adorable pup is on his way to making a full recovery.

Despite the severity of the wound, Milo's stitches appear to be healing nicely. On Monday, Reinhart shared some images of him wearing a cone around his neck to help protect the sensitive area, and while she admits he isn't a fan of his new neck contraption, she's glad to be able to be there to help him heal every step of the way.

Reinhart adopted Milo back in February and it was love at first sight right from the start. “This is my new baby," she captioned a post of Milo on Instagram. "He has quickly become a great love of mine." Hopefully now the worst is behind them, leaving Milo with nothing but happy days — and plenty of pets — in the foreseeable future.