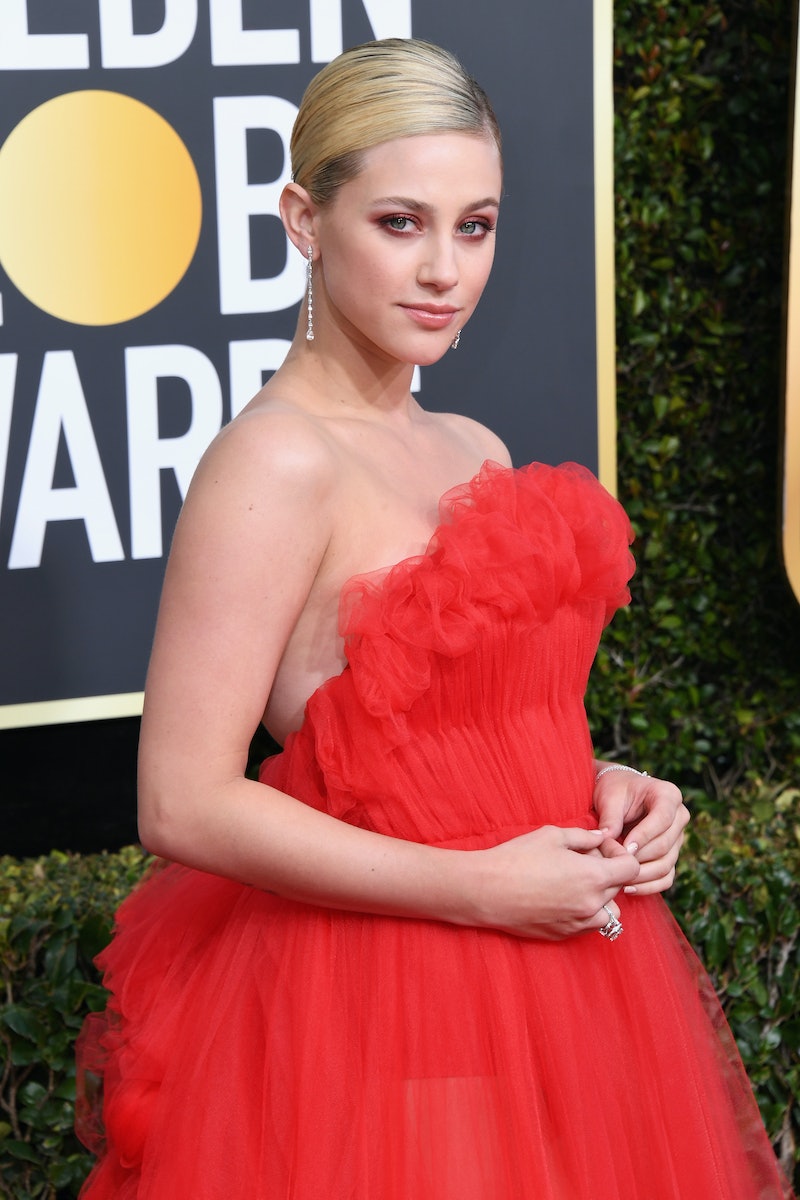 It's refreshing to hear stars get candid about mental health. On Friday, Lili Reinhart discussed starting therapy again on her Instagram Story, according to E! News. Reinhart has often used her platform to break the stigma around mental health issues, and her message could help further start a conversation about seeking help. The star began the story by urging fans who may be in need of therapy or seeking other support for mental illness not to feel shame about doing so.

"Friendly reminder for anyone who needs to hear it: Therapy is never something to feel ashamed of. Everyone can benefit from seeing a therapist. Doesn't matter how old or 'proud' you're trying to be."

Reinhart went on to explain that therapy is a necessary part of taking care of herself, and that others should consider making it part of their journey as well. She wrote: "We are all human. And we all struggle. Don't suffer in silence. Don't feel embarrassed to ask for help." The star also explained her own reasons for reaching out to a therapist once again, writing: "I'm 22. I have anxiety and depression, And today I started therapy again. And so the journey of self-love begins for me. Good luck to you on yours."

The Riverdale star has often made a point to be open about her experience with anxiety and depression. In September, 2017, Reinhart discussed struggling with anxiety early in her career, and how moving home, therapy, and medication helped her reorient herself. "I felt like my world was crashing. I didn't want to admit defeat, but I was like, 'I need to come home. My mental health is suffering, and it is making me physically ill,'" she said. Reinhart also noted that her therapist at the time helped get her life and career back. "She really helped me build myself back up again," she said.

In July of 2018, Reinhart discussed having body dysmorphia after being bullied on social media. In a Twitter thread, the star responded to critics who told her she didn't have a right to be insecure about her body. She wrote:

"Telling someone they don't deserve to feel insecure because their body is 'fine' or 'just like' whomever.. is wrong. That's part of the problem. That’s part of body shaming."

She also pointed out the harm on Twitter of people claiming she didn't have a right to speak out about the matter, writing, "Feeling really disheartened by the fact that so many people are saying 'you're skinny so shut up about embracing your body.' As if my body dysmorphia is irrelevant because of how I look to some people. '’m either not curvy enough or not skinny enough to feel insecure."

In the thread, Reinhart also urged fans to listen to and believe people who discuss mental health concerns, writing, "Mental illness gets worse when people say that you don't have a right to feel the way you do. That's where we are dailing [sic]. Do not encourage this behavior. It is destructive. More destructive than you’ll ever realize. You may not understand someone's insecurity — but respect it."

It's clear that Reinhart will continue to use her influence to raise awareness about mental health issues. Her candor when it comes to her own struggles with anxiety will be relatable for many fans, and her words could help break the unfortunate taboo surrounding discussing mental illness that still persists.