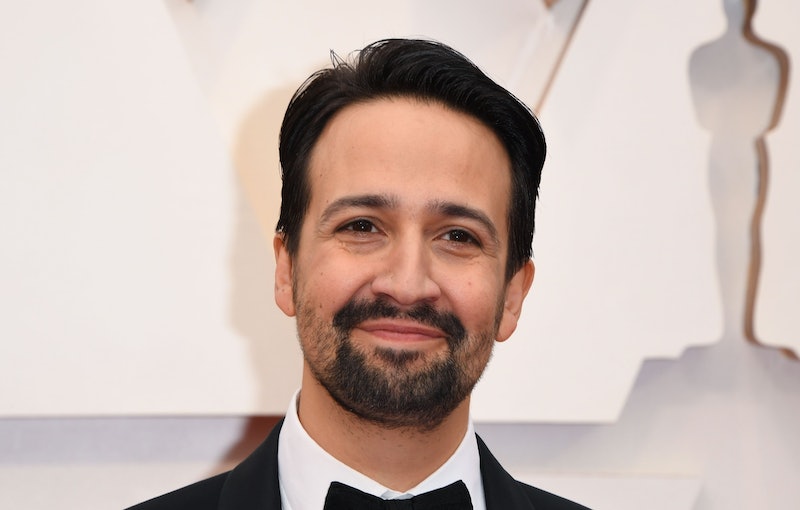 Fans will be thrilled to learn the Hamilton musical will soon be available to stream, and there's more good news. Lin-Manuel Miranda teased a new animated musical from Disney in an interview on Monday, June 22, and it's already going fans chills. During an appearance on Good Morning America, Miranda opened up about life in quarantine, the fate of the In the Heights movie, and his upcoming musical collaboration with Disney Animation.

While promoting Hamilton's at home release on Disney+, Miranda couldn't help but dish on his next project with Walt Disney. He wouldn't say much, but he did confirm that he was "working on a new animated musical with Disney Animation." He added that the new film will be a collaboration with Zootopia and Moana writer Jared Bush. But, the most important thing he let slip was that the story would be set in Colombia. Unfortunately, that's when the teases stopped, with Miranda joking that he couldn't spill any more details lest Disney president Bob Iger, "just shows up at my house."

Few details have been previously released about the mystery project. Cinemablend previously reported that Bush is co-writing the script with Charise Castro Smith, who is known for The Haunting at Hill House and The Exorcist, which might hint at a slightly spookier tone. Clark Spencer and Yvette Merino Flores are reportedly signed on to produce the film.

During his appearance on GMA, Miranda also addressed the film adaptation of his musical In the Heights, which was postponed to 2021 due to the coronavirus outbreak. Miranda explained that the film "is really meant to be a movie theater movie, it's a huge movie adaptation," and that he wanted the project to get "the proper rollout it deserved." However, the creator assured fans that he "couldn't leave you one summer without a musical," and pushed for the new at-home premiere date for Hamilton, which will hit Disney+ on July 3.

It looks like Miranda and Disney will be continuing their partnership for at least a few years. In addition to his upcoming animated feature, Miranda previously signed on to write new music for the live-action Little Mermaid, collaborating with original composer Alan Menken, as per Billboard.