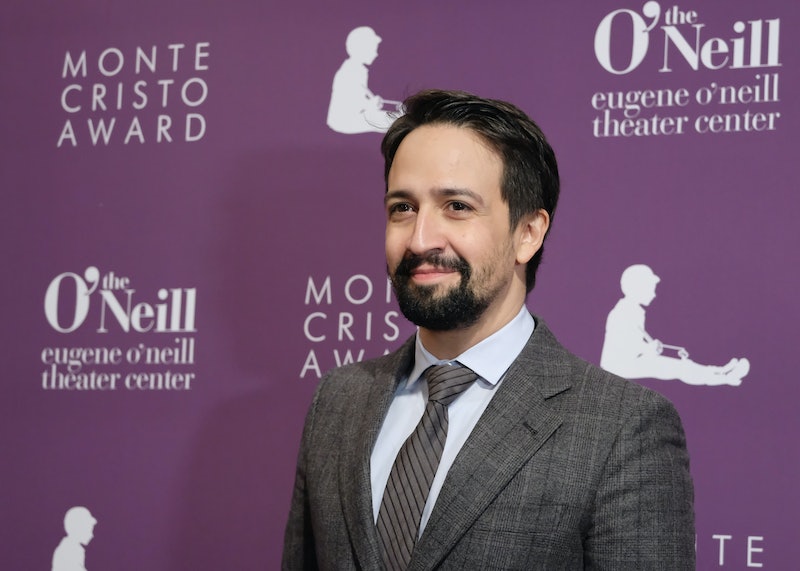 FX is pretty much known for rolling out the most amazing and innovative content these days, and Lin-Manuel Miranda's Fosse/Verdon series sounds like it'll totally fit within the cable network's mold — as well as being the perfect new project for the award-winning Broadway veteran.

According to The Hollywood Reporter on July 24, FX has green-lighted Miranda's Fosse/Verdon series, which is an adaptation of Sam Wasson's biography entitled Fosse, and centered around "one of theater's most influential choreographers and directors" and his romantic and professional partnership with Broadway star Gwen Verdon. The limited series will consist of eight-episodes, and will star Oscar award-winning actor Sam Rockwell and Golden Globe award-winning actor Michelle Williams — playing the roles of Fosse and Verdon, respectively. The series is said to feature Fosse's amazing choreography, while also uncovering some Hollywood secrets as they pertain to Fosse's layered life.

It's going to be awesome seeing Rockwell and Williams light up the screen together, especially seeing as their roles of the legendary performers are said to have helped to define the world of choreography. According to Entertainment Tonight, the Fosse/Verdon series is going to be an extra special occasion for those Dawson Creek fans, as well. The publication reports that the limited series will mark Williams' mighty return to television since taking the world by storm with her role of Jen Lindley in the beloved WB series.

With projects like Hamilton, Moana, and the upcoming Mary Poppins Returns release under his belt, Miranda is certainly the best person to bring this story to life. And the FX team, as well, as Fosse and Verdon's own daughter totally agree. In a statement provided to The Hollywood Reporter, Nicole Fosse — dancer, actor, and daughter of the legendary performing duo — wrote,

"My mother and father have one of the greatest love stories ever known. They were extremely complex people with an indestructible bond, loyalty and trust that endured both fantasy and reality. Finally, we have a creative team with the talent and wisdom to tell the story."

Nick Grad, president of FX original programming, echoed the same sentiment, telling THR in a statement, "We are over the moon about this dream team we’ve assembled for this incredible series. Tommy, Steven and Lin are the perfect team to tell the story of Bob Fosse and Gwen Verdon, and we’re so thrilled to have Sam and Michelle playing these iconic roles."

Those following closely to Miranda's latest endeavors will know that the playwright, rapper, and actor has been on quite the Hollywood hot streak since his Hamilton days. It's safe to officially crown Miranda as the busiest man in the business with his laundry list of big and small screen productions in the works — including the film adaptation of his Tony-winning musical In the Heights, writing new music for Disney's The Little Mermaid live-action film, and potentially starring in the Hamilton movie. And pretty soon, Miranda will be making his directorial film debut with Tick, Tick…Boom!, an adaptaion of the late, Rent playwright Jonathan Larson's autobiographical musical by the same name.

These days it seems as though Miranda is the person to make all of Hollywood's musically-centered dreams come true. And with him on the bill, you can bet that Fosse/Verdon will be a total success.