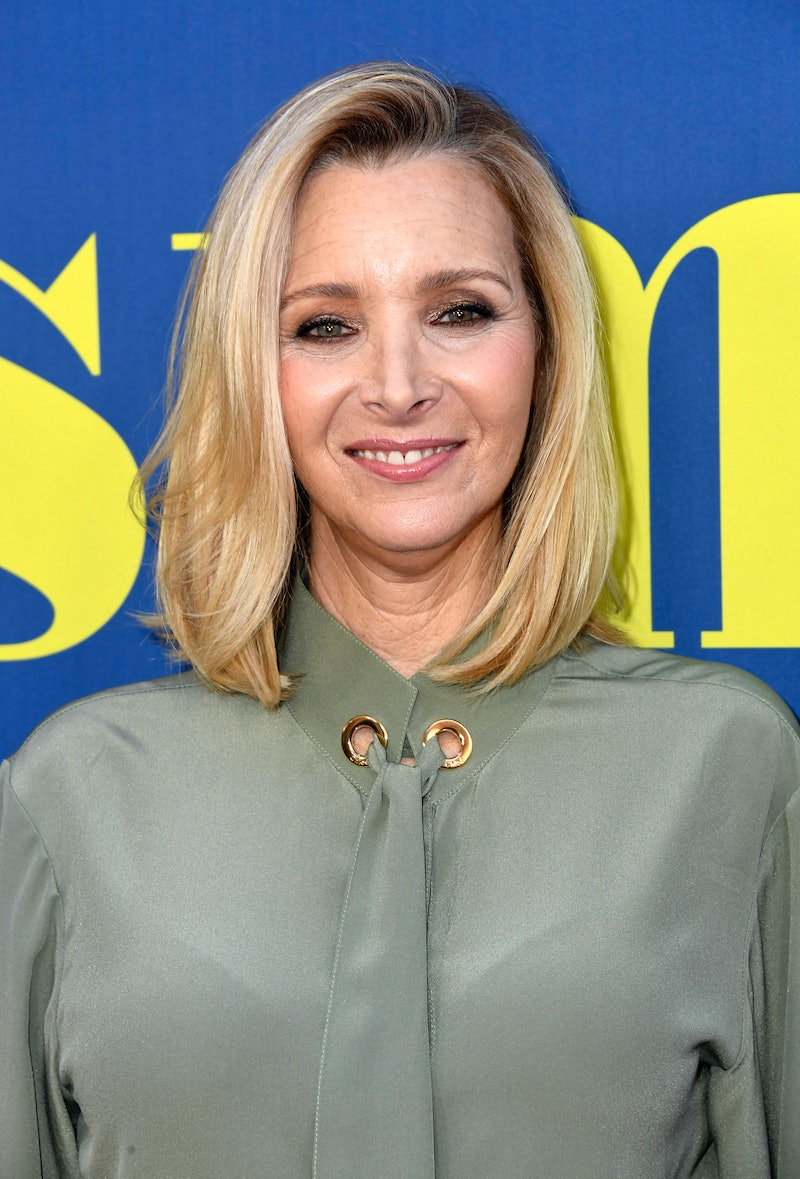 Even though Friends ended its final season more than 15 years ago, plenty of fans still keep the show in their regular rotation thanks to Netflix. And now, one of the show's stars is speaking out about an experience she had while filming. While appearing on Marc Maron's WTF podcast on Monday, Lisa Kudrow opened up about the body image struggles she had while she was still starring on Friends, and how she's managed to overcome it in the years since.

On the podcast, Kudrow admitted that seeing herself on TV in Friends was difficult for her, especially because of the difference in height between her and her costars, Jennifer Aniston and Courteney Cox. She said she felt like a "mountain of a woman" standing next to them, and being on TV made it worse.

“You see yourself on TV and it’s that, ‘Oh, my God, I’m just a mountain of a girl,’” Kudrow said. “I’m already bigger than Courteney and Jennifer — bigger, like my bones feel bigger. I just felt like this mountain of a woman next to them.”

She added that she tried to stay "too thin" for awhile, but eventually, maintaining a lower weight wasn't worth it to her anymore.

She also said that a lower weight caused her to be "always sick," even though she thought she looked good at the time. “Unfortunately for a woman, if you’re underweight, you look good," Kudrow said. "And that’s all I ever got. When I was too thin, I was sick all the time. A cold, sinus infection."

Knowing that Phoebe was just as much of a style icon on the show as Rachel and Monica were, it's pretty surprising to hear that — but Kudrow's feelings about her body are pretty relatable to anyone who's had to overcome their own negative thoughts about their body. It's hard to imagine the kind of pressure being on TV puts on a person without going through that experience yourself (especially on a show that turned out to be as big as Friends), but it can't be easy.

There's good news, though: eventually, Kudrow was able to get into a better headspace about her body. And even though the journey to feeling good in her own skin is still ongoing for Kudrow, she said that she has been able to make more peace with her body with age — which is certainly reassuring news for anyone who's fighting a similar battle with their own bodies.

“I have a whole battle all the time,” Kudrow said on the podcast. “I end up with, ‘So what? So, alright. You’re older. That’s a good thing. Why is that a bad thing?'”

It's good to hear that Kudrow was able to overcome her body image issues, because struggling with the way you look is something that everyone has to deal with at some point in their lives. Like Kudrow said, what you weigh and how old you are doesn't have to be a bad thing. Being kind to yourself is more important.