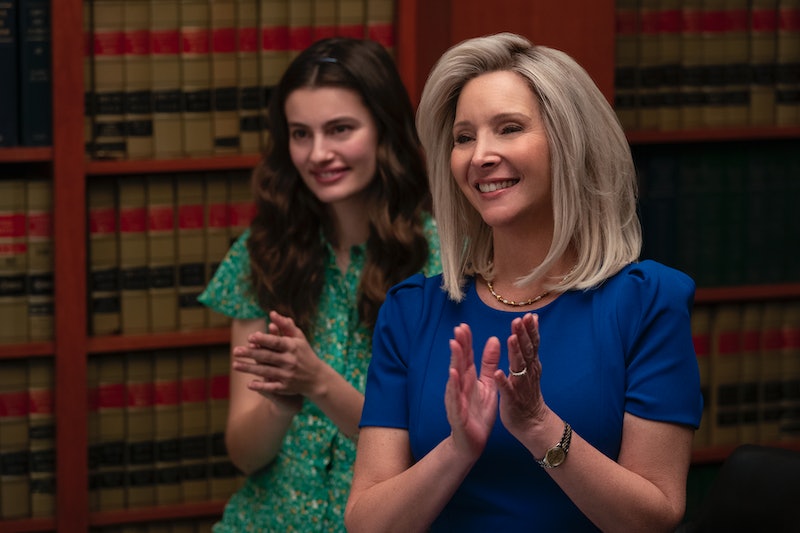 Light spoilers for Space Force Season 1 ahead. Steve Carell may be the heart and soul of his new Netflix series with The Office creator Greg Daniels, but Lisa Kudrow’s Space Force character Maggie Naird adds an unexpected level of mystery to the satirical storyline that has nothing to do with the military or politics. In fact, it’s difficult to even say what exactly Maggie’s story is about. Aside from a few vague references to her current living conditions, Kudrow’s character is barely seen or mentioned throughout most of the first season. Yet her sporadic appearances give her a level of unpredictability that’s sure to remind Friends fans of Kudrow's former lovable yet quirky character, Phoebe Buffay.

Much like Phoebe, who also had quite a mysterious and complicated past while living on the streets, Maggie finds herself facing some unplanned challenges after her husband, Mark Naird (Carell), a respected military general, is charged with running the president’s new Space Force branch of the military. Yet, in the end, the new position comes with a price for all involved.

Initially, Maggie seems happy and proud of all her husband’s accomplishments. Cut to a year later, and viewers discover that she is now serving time in prison. And while she insinuates to Mark that she’ll be behind bars for quite some time, no explanation is given for how she came to be there in the first place — at least not right away. In fact, even halfway through the season fans are left completely in the dark about the circumstances that led to her imprisonment.

Kudrow spoke briefly about the complications in Mark and Maggie’s marriage in an interview with Entertainment Weekly, and while she didn’t give any new details on the matter, she was definitely intrigued by this added layer to her character. “Mark and Maggie are forced to navigate a big challenge to their relationship," Kudrow stated, while cryptically hinting that determining Maggie’s personality will be harder than you think, adding, "Is she a badass or is she not?"

Considering that she casually mentioned to her daughter Erin (Diana Silvers) in one episode that she had joined a gang (or, um, “book club”) in prison, she definitely seems intent on surviving and getting back to her family. As for whether she manages to do so, you’ll just have to watch the first season in its entirety to find out. Perhaps performing a few renditions of “Smelly Cat” would help to pass the time.