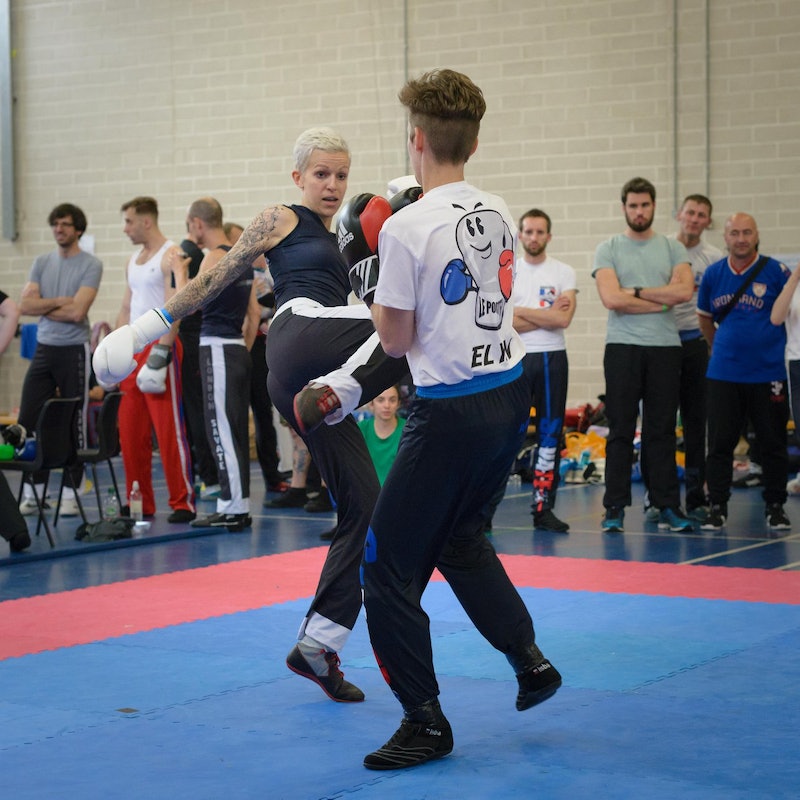 I’m lying on the floor, mouth hanging open, drool collecting under my cheek. My eyes are wide and unblinking. If I could move, I’d pinch myself to check I’m actually conscious. No, I haven’t just been knocked out in the third round; this is what it’s like living with Borderline Personality Disorder (BPD).

Of course, no two minds are the same, and the various symptoms of “Cluster B” personality disorders like BPD can come and go throughout a person’s life. But the symptoms that come for me most — leading to dribbly episodes like the above and chronic enough for me to receive my diagnosis — are feelings of emptiness, dissociative states, and an unstable self-image.

I couldn’t tell you exactly what triggered that particular episode, but then again, even the cause of BPD is still up for debate. I’ve had to rely on just living with the thing to start identifying what sets it off. From experience, I’ve learned my BPD symptoms will run in tandem with bouts of depression, which can be triggered by anything from job burnout to “well, it’s January.”

This isn’t all that surprising. According to the Mayo Clinic, many BPD symptoms overlap with other conditions, such as depression, anxiety and bipolar disorder, which is arguably one of the reasons why it’s often misdiagnosed. To make things a little more complicated, with BPD, you’re also more likely to experience these other mental health disorders. If you’ve been sat on by the heavy, wet fatberg of depression, you might be familiar with feeling like a curled-up ball inside your own body: feeling lonely and wanting to be left alone; feeling bored and restless and wanting to do absolutely nothing — and having no control over it.

Over the past three and a half years, I’ve started to take back control with something I never expected: boxing — and I’ve gotten pretty good at it. Earlier this year, I became a British Champion in Savate (a kickboxing style from France) and I have represented Great Britain at World and European Championships. But learning how to fight has brought me more than gold medals — I’m also the happiest and healthiest I’ve ever been.

I’m not being modest, but this is totally not how I thought things would turn out for me. I was never sporty. Mel C was only my favorite Spice Girl because of our mutual love of Kappa tracksuits. I’m part of a late ‘90s generation that was most comfortable in the dark, curtains drawn, playing The Sims and chatting on MSN.

Maybe that’s why it’s difficult to see if the signs were there. Not much is known about BPD in children but, what was dismissed as the behavior of a “weird,” “oversensitive” and “dramatic” kid was undoubtedly, in retrospect, early signs of my BPD. As a young child, I cried almost every day over what I called “nothing” but was actually an overactive (and often distressing) imagination. I was picking on for my eccentricities, intelligence, and weight, and started repressing my emotions. As I got older, rather than going outside to play, I made excuses to stay indoors and fill the emptiness and boredom I didn’t yet understand with excessive amounts of pizza and video games.

As a repressed young adult, binge-eating and self-loathing graduated to binge-drinking and self-harm. Once a fountain of feelings, I ran dry. I didn’t cry, I didn’t feel sad; I just didn’t feel anything. Totally disconnected, I didn’t know who I was or what I liked. I closed my eyes and just saw infinity. I wondered what would happen if I disappeared into it. I asked several doctors, many of whom dismissed my symptoms as “growing pains” or “being 21.” Fortunately, I persevered and asked to be referred to the secondary psychological care services. Finally, in 2011, I was diagnosed with depression, anxiety, and a borderline personality disorder.

On the days where I felt empty, exercise made me feel good.

I felt relieved — because I finally knew something about myself. They prescribed me with Sertraline (Zoloft) and two years of group therapy. Meanwhile, an ex-boyfriend prescribed me with kickboxing classes and I started running. On the days where I didn’t know what to do with myself, I’d lace up my trainers. On the days where I felt empty, exercise made me feel good.

Two years later, my psychologist concluded I “no longer presented” with BPD symptoms. I confidently left the diagnosis behind and moved to London to begin the next chapter as a journalist. I felt good, I felt relieved — I felt things! Because I considered myself “cured,” I didn’t need to be as strict with myself any more. So I happily traded in evenings at the gym for media parties, free booze, and drugs… and learned a valuable lesson about being “cured.” After a severe BPD relapse in 2016, I decided to go sober, started running, and discovered savate online after searching for affordable martial arts gyms in London. Naturally, I threw myself into it, taking my first fight at the British Championships after only six months of training (spoiler alert: I lost) and my first international competition in less than a year. But I was in no danger of overdoing it; in combat sports, you can’t. Moderation and rest are as important as hard work and discipline.

Boxing has taught me more than just how to fight. It’s been therapy, teaching me just as much about my own head as Dialectical Behavior Therapy, one of the primary therapeutic modes for managing BPD. It’s taught me how to prepare for battle, the value of good balance, and, perhaps most importantly, to accept the things I can’t control or change. And on the flip side, good preparation, practice, balance, and self-acceptance in terms of my mental health have all helped me become a better fighter.

Through boxing, I’ve learned I can’t control the outcome of the fight (unless I really do choose to lose). So in the run-up to a competition, I prepare: I improve my fitness, practice my technique, spar, and work on my strategy. I try to prepare for all eventualities. For example, if I’m fighting someone shorter than me, I’ll know to use my longer legs to keep them at my range. With all that in place, on the day of a fight, I can only focus on my mindset. I can’t make myself stronger, and I can’t learn any more techniques. But I can choose my attitude. Who am I going to be today?

When the bell marks the start of a fight, I’ve just got to be me. If I really want to give it my best, I need to relax, trust myself in that moment, and show them what I’ve got. It can’t guarantee me the win but, to me, a win isn’t just a raised arm or a gold medal anymore. A win is walking out of that ring smiling. A win is knowing I did the best I could. A win is knowing that I trusted myself enough to just let go.

Thanks to boxing, I’m finally learning how to moderate, which is no mean feat when you have a chronic, all-or-nothing disposition. If I overtrain, I’m too tired to fight; I get frustrated and easily injured. If I obsess over my diet, I have no energy and could fall out of my weight category. Before I took up savate, I never cared about the consequences. I guess boxing has taught me some self-respect too.

Of course, shit still happens — but how I choose to deal with it now has completely changed for the better. So what’s my strategy when my BPD starts rolling in? I don’t run away: I stare into the eye of the storm. If I can, I summon the energy and let it follow me to the gym. I turn the clouds into drops of sweat, and wait for them to roll away. If I haven’t got the strength for that, I reach for my own little mental health “toolkit” of things I know will make me feel better: Some good tea, a go-to film, and a big lightning bolt jumper that is big and soft and reminds me of good friends. I keep it with my first aid kit, because every home should have both.

For the first time in a long time, I feel powerful and in control. Because I’m always ready for battle, I feel confident, strong and supported. Just being able to type “I feel” all of these wonderful things is in itself worth the fight. I can’t stop BPD from calling me out, and I can’t control the outcome — but I’m not afraid of getting in the ring. And guess what? I’m winning more fights, and I’m coming out smiling.