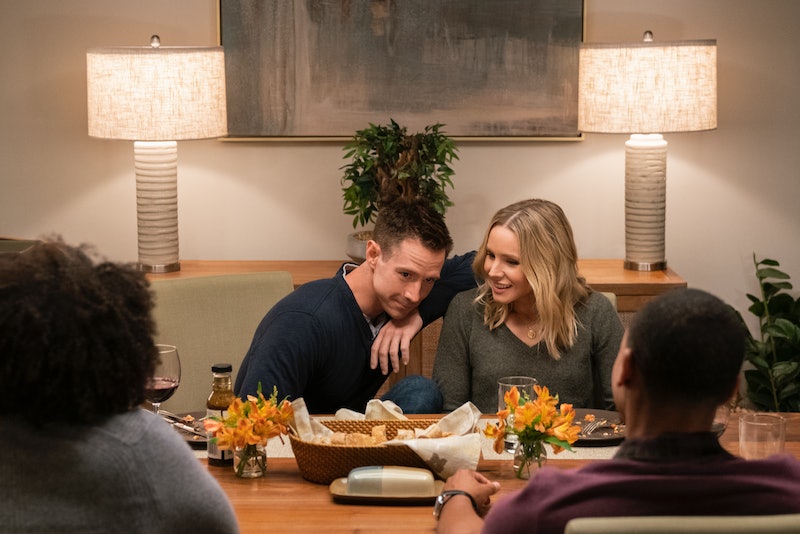 The eleventh hour twist that the revival of Veronica Mars throws at fans will surely shock the masses. The overarching mystery in Season 4, the bomber who was terrorizing Neptune during Spring Break season, seemed to be resolved with Penn's arrest at the high school. The final bomb, viewers thought, had been contained and no more lives were at risk. What fans didn't know is how timezones in Fiji work; Penn's terror was anything but over and the cost of misunderstanding the final clue was one of the series' main characters.

For Veronica, who realized the clue's coded message just before the final bomb went off in her car, losing Logan is catastrophic. Especially considering that the attack was aimed at her; this wasn't Penn placing a bomb at a popular restaurant on the beach, it was the "heroes" he was going after.

Throughout the entire series of Veronica Mars, Logan and Veronica have come head on with some of the ugliest and most trying issues a person could ever encounter: murderous parents, school bombers, and rapists, on top of just being normal high schoolers. Through it all, they have broken up, gotten back together, broken up again, Piz came along somewhere in here, been accused of murder (more than once), and eventually ended up together.

In Season 4, however, Veronica and Logan faced the most realistic hurdle in their relationship: marriage. Logan, now an intelligence officer with the government, wanted to marry Veronica in the beginning of Season 4. Veronica, ever the marshmallow, didn't want to complicated what they had by getting married. (Keep in mind, the sleuth has become slightly disillusioned by marriage over the years of busting cheaters and watching her own parents' marriage crumble.) Despite it all, though, Veronica realized that she did want to spend the rest of her life with Logan, and the two marry in the season finale.

For their wedding to come to fruition minutes before the fan-favorite character met his untimely death feels like an extra hard pill to swallow. They were finally happy, in love, and had their whole lives ahead of them. Now, with Logan being dead and Veronica leaving town, the future of Veronica Mars and what comes next is as mysterious as the next person to walk into the P.I.'s office.

More like this
'The Last Of Us' Has Officially Been Renewed For Season 2
By Darshita Goyal
Netflix Shut Down 'Bridgerton' S3 Rumours About A “Very Dark” Storyline
By Bustle
This 'Gossip Girl' Wardrobe Error Has Gone Viral On TikTok
By Alyssa Lapid
Everything To Know About 'RHONY' Season 14
By Jake Viswanath, Alyssa Lapid and Brad Witter
Get Even More From Bustle — Sign Up For The Newsletter
From hair trends to relationship advice, our daily newsletter has everything you need to sound like a person who’s on TikTok, even if you aren’t.