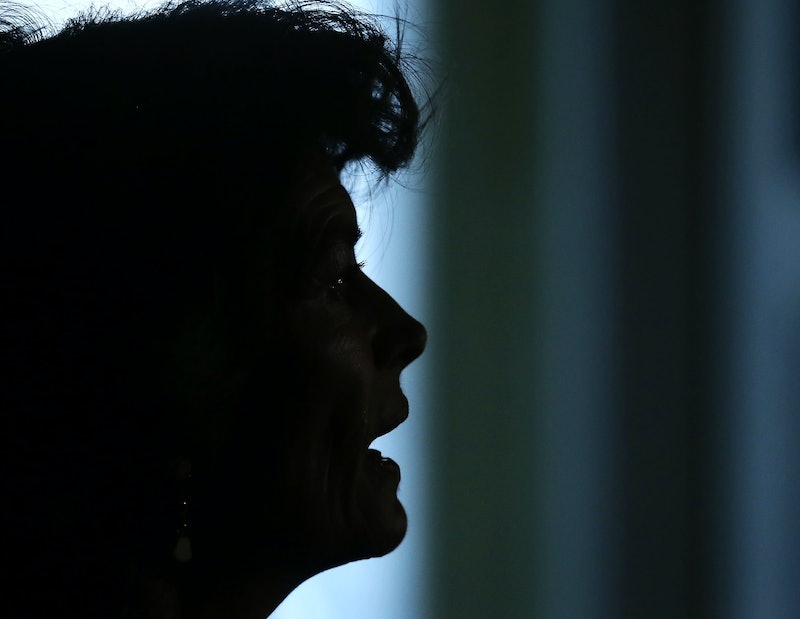 When someone says "the biggest threat to public health," the mind jumps to the obvious killers: heart disease, smoking, car accidents, Ebola. But according to new research presented at the American Psychological Association's 125th annual convention, loneliness is set to eclipse obesity as a threat to public health — and it's likely that this problem will only continue to grow.

"There is robust evidence that social isolation and loneliness significantly increase risk for premature mortality, and the magnitude of the risk exceeds that of many leading health indicators," said Julianne Holt-Lunstad, the psychology professor at Brigham Young University who put together the new research. "With an increasing aging population, the effect on public health is only anticipated to increase. Indeed, many nations around the world now suggest we are facing a 'loneliness epidemic.'"

This new data is based on two meta-analyses, which means that the researchers went through older studies in an attempt to aggregate their results into something bigger. Together, their data came from over 200 studies and over almost four million people, and what they found was clear. On the one hand, social isolation, loneliness and living alone all contributed to premature death as much as other, better known and accepted risk factors like obesity do. And on the flip side, more and deeper social connection is connected with a 50 percent reduction in the risk of early death.

Holt-Lunstad has been researching the effect of loneliness on public health for several years now, and her findings have been piling up in the same direction. “Being connected to others socially is widely considered a fundamental human need,” she said, and her research would seem to be quite a strong piece of evidence in favor of that position. And while it may be hard to digest at first, it's now becoming more and more important to acknowledge her findings publicly — loneliness is as detrimental to your health as smoking or obesity. The effects are especially pronounced in certain segments of the population, like amongst elderly people, who might not have the strong social networks that they did when they were younger.

The challenge, Holt-Lunstad says, is to figure out what can be done about the problem on a large scale. In some places there are hotlines that people can call when they're lonely, but given the number of people who are threatened with this epidemic (there are approximately 43 million adults living in the U.S. with chronic loneliness, according to the APA), there's a lot of work left to do.

On a smaller scale, though, there's always something that you can do for yourself or the people in your life. If you think that someone you know of love suffers from loneliness, reach out to them — you could help tack a couple more years onto their life. And if you're feeling lonely yourself, don't diminish the feeling or belittle yourself. Loneliness is a serious risk — and if you recognize that feeling in yourself, don't hesitate to try to build up your social network in whatever way is easiest for you.