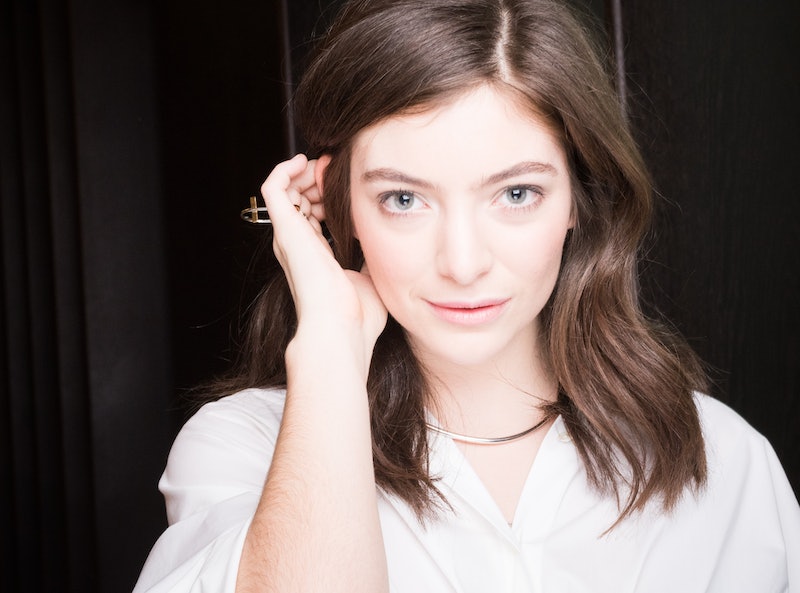 After teasing its approach on the anniversary of Melodrama, Lorde is delaying her third album's release due to the sudden loss of her dog, Pearl. She broke the news in an open newsletter to her fans on Saturday. "It's always been my intention to be transparent with you about my life and what happens to me," she wrote. "Something happened last month that I need to tell you about."

Pearl, who she adopted in 2018, per E! News, experienced various health issues in the year Lorde owned him. But it wasn't until he began progressively losing weight when Lorde knew things could go downhill, fast. "One day we woke up and I knew, in that way mothers do, that he was sicker than we had realized, and that we were nearing a point where his body wasn't going to be able to cope," she wrote. And ultimately, she was right.

"Pearl had two cardiac arrests about an hour apart, and after the second one, he died. I was holding him when he went, and I know he knew that I was there. But this loss has been indescribably painful, and a light that was turned on for me has gone out," she told her fans. She went on to explain how this heartbreak has affected her mental health and creative process.

"Pearl brought an immeasurable amount of joy and purpose into my world," she wrote. "Love vibrated all around us. I felt my life growing and swelling in healthfulness, this orb of contentment glowing around me and Pearl, and our family...," she wrote. "I was receiving huge amounts of energy I can only describe as divine, and I was working hard to communicate it all to you by way of the album. I felt I had been given this great gift that I needed to share with you all."

And now, that gift is being blocked by grief. She wrote that Pearl was "instrumental" in her writing process, and that "it's going to take some time and recalibration, now that there's no shepherd ahead."

The new record is still on its way, it just going to take longer than she anticipated. "I have lost my boy, and I need some time to see the good again. To finish making this for you," she wrote. "It won't be the same work—as anyone who has felt loss can understand, there's a door that opens that you step through, and everything is different on the other side."

When she initially teased the album, she didn't specify a target release date. She simply said there's "a third one in the oven."

More like this
The Jonas Brothers' New Album Has A Very Meta Name
By Alyssa Lapid
The Beyhive Is Mad At Harry Styles After Beyoncé’s Album Of The Year Snub
By Jake Viswanath
Jameela Jamil Defends Sam Smith After Trolls Body-Shamed Them
By Jake Viswanath
Beyoncé Just Announced Tour Dates: Here's How To Cuff Tickets To Her 2023 Shows
By Jake Viswanath
Get Even More From Bustle — Sign Up For The Newsletter
From hair trends to relationship advice, our daily newsletter has everything you need to sound like a person who’s on TikTok, even if you aren’t.