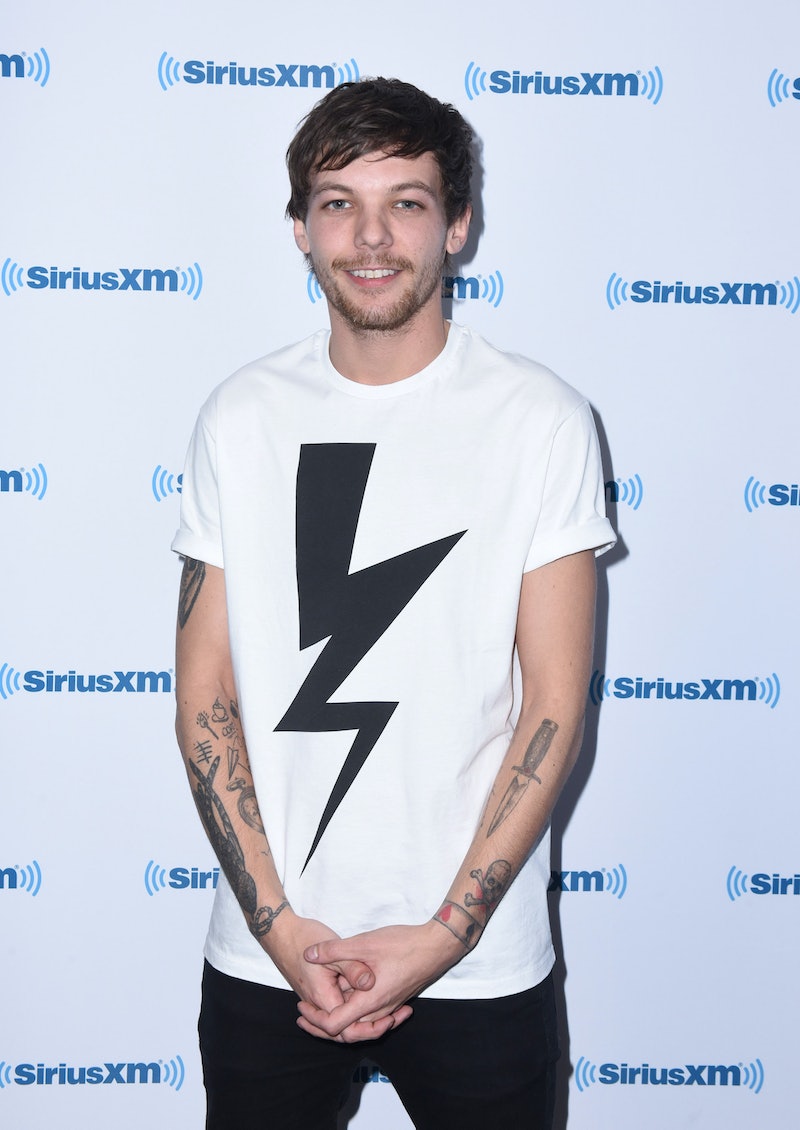 Louis Tomlinson is gearing up to release his new solo single, "Two Of Us," on Thursday, March 7, and fans are ready to declare it the best song ever without even hearing it first. Luckily, he saw the excitement coming and concocted a unique plan that let fans around the world learn exclusive details about the song and get a sneak peek at Louis Tomlinson's new single "Two Of Us" before the rest of us get a chance to hear it.

The former One Direction member took to social media to send fans on an international scavenger hunt of sorts, posting a world map of hotspots in multiple countries (tagged with the singer's face, of course) and a link that let fans use the map to find the spots closest to them on Instagram. "I've hidden some video clips in hotspots around the world," Tomlinson wrote in his caption. "All I need you to do is find them & then you'll be the first to hear more about my new track." He encouraged fans to share their findings online and try to piece the clues together.

Luckily for fans unable to head to their local hotspots — and those simply too lazy to get off their couch — dedicated 1D stans have posted the clips they unlocked on Instagram, with all of them being found only mere hours after the singer sent fans on this treacherous journey. Never underestimate the power of Directioners.

According to a teaser posted on Tomlinson's Instagram, "Two Of Us" is seemingly dedicated to his late mother, Johannah Deakin, who passed in late 2016 after a battle with leukemia. In the newly unveiled clips, Tomlinson opened up about the process of writing and recording "Two Of Us", explaining that he initially wanted to wait until later in his songwriting career to release a song this deep and personal to him. But, once his co-writers came up with the first verse and chorus, he was immediately drawn to the track and related to it for personal reasons.

"It's important when you have a song like this to keep it natural and keep it real, so we didn't do loads and loads of takes for this," he explained about "Two Of Us" in one of the unlocked videos. "It was important to capture the emotion, obviously." However, despite the heavy subject matter, Tomlinson's goal was to make the song sound more hopeful and redemptive by the time you were done listening to it. "The first verse does sound pretty sad, but by the end of the song, hopefully it's coming across more hopeful and I sound like that too."

In one behind-the-scenes clip, Tomlinson revealed that his main goal in songwriting is to keep his lyrics as relatable and conversational as possible. "I don't want to be writing about things that people don't understand or can't relate to," he said. "I want people to be able to feel stuff when I write about it."

Sadly, there may be no topic more universal than loss, whether it's the end of a relationship or the death of a loved one. By the sound of these "Two Of Us" sneak peeks, it looks like the singer won't have a problem connecting with fans when he drops his new single.