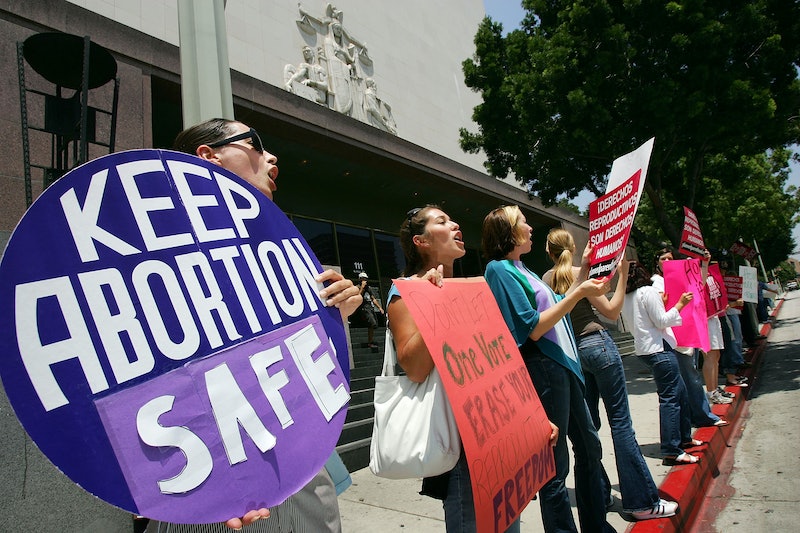 A controversial anti-abortion bill was recently introduced into Louisiana's state legislature by a somewhat surprising source. A Louisiana Democrat introduced a "heartbeat" abortion ban that would outlaw abortions once a fetal heartbeat can be detected. With the bill's introduction, Louisiana joins a host of states around the country that have sought to advance similar bans.

The new bill is known as SB 184 and it "prohibits the abortion of an unborn human being with a detectable heartbeat." NOLA.com noted that SB 184 was introduced by state Senator John Milkovich, a Democrat from Shreveport. The legislation makes exceptions to the heartbeat abortion ban if a mother's health or life is at risk, but contains no exceptions for incidents of rape or incest, Refinery 29 reported.

When discussing the new bill with KPEL 965, a Louisiana radio station that broadcasts to the Lafayette area, Milkovich didn't try to hide that its fundamental objective is to completely do away with abortions. “Clearly what we are striving for is zero abortions," he said to the outlet. "Clearly our underlying premise is that a single abortion is murder, and that no abortion is acceptable.”

While it's not yet clear where other Democratic legislators in Louisiana stand on the heartbeat bill, an opinion piece in The Advocate noted that, in the past, some pro-choice Democratic lawmakers have missed votes on restrictive abortion legislation. The outlet implied that this is likely due to the seemingly prevailing sentiment that Louisiana is a pro-life state and, as a result, these lawmakers are possibly hesitant to record a vote on the issue.

As Refinery 29 noted, in 2019, 13 different states introduced heartbeat bills. As the outlet described, these bills have generally been blocked by state court systems, because they infringe on the right to an abortion guaranteed to women by the Roe v. Wade Supreme Court case. However, as Politico explained, states keep passing them both to make a political statement and with the hope that one of the bills will eventually make it all the way to the U.S. Supreme Court — and possibly result in the overturning of Roe v. Wade.

Elizabeth Nash, the senior state issues manager at the Guttmacher Institute, echoed these sentiments to Refinery 29. "These bans are very much at the center of Roe v. Wade,“ she said to the outlet. "The idea is to kick off a court case and ultimately is to get this before the [conservative majority] U.S. Supreme Court with the anticipation that the court is looking to undermine or overturn Roe v. Wade. Conservatives are very eager to get that ball rolling.”

Pro-choice and women's health care advocates also emphasize that heartbeat bills essentially constitute abortion bans because most women don't know they are pregnant when fetal heartbeats can first be detected at around the sixth week of gestation. “This [Louisiana's heartbeat bill] is really a bill about banning abortions because a lot of women don’t really know that they are pregnant that early,” Michelle Erenberg, the executive director of LIFT Louisiana, a women's health care advocacy organization , told NOLA.com

It remains to be seen whether the heartbeat bill will pass Louisiana's legislature, though the prospect seems quite likely. As NOLA.com pointed out, the state has a history of passing restrictive abortion legislation and its governor is a staunchly pro-life Democrat.