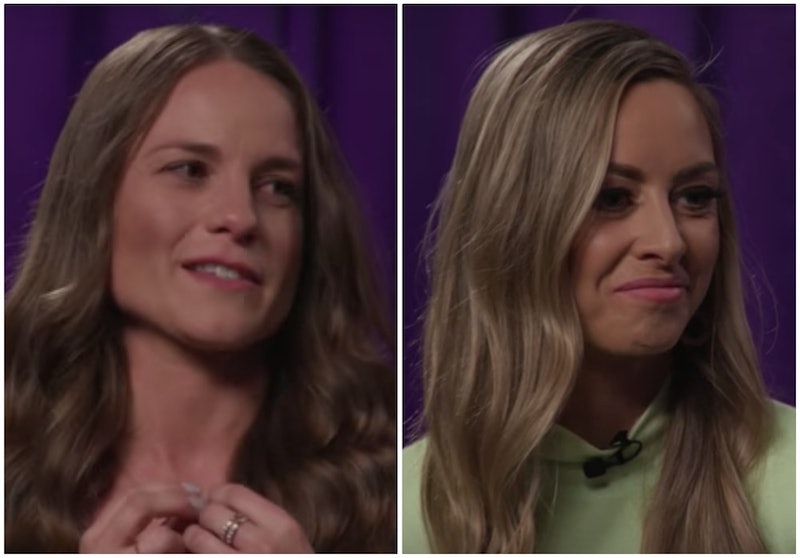 You'll need some wine (just don’t give any to the dog) to process this news: Love Is Blind’s Jessica Batten and Kelly Chase have known each other for about a decade. Over the weekend, breakout contestant Jessica engaged in an Instagram Q&A on the heels of the Love Is Blind reunion that debuted on Netflix on March 5 to field questions about her time on the hit reality TV series. While she shared much of her screen time with her then-fiancé Mark Cuevas and the now-married couple Amber Pike and Matt Barnett, Jessica revealed on Instagram that she and Kelly have been acquainted for about 10 years.

When asked if she knew Kelly before the start of the show, Jessica wrote on Instagram, “I’ve known Kel for 10 years!” She even supplemented her answer with a throwback photo of the two in bikinis and matching brunette hair. In her own Instagram Q&A on Sunday, Kelly confirmed her decades-long friendship with the fellow Love Is Blind contestant. When asked for further details, Kelly told her followers through a video, “Jessica and I actually met probably like 10 or 11 years ago from an ex-boyfriend’s same social circle,” she explained. “So, that’s how we know each other.”

The admission came as a surprise to viewers since it was never acknowledged on the show. One Twitter user wrote, “I was today years old when I found out jessica and kelly from love is blind have known each other for TEN YEARS.” Another Twitter user said, “This gives me a headache.” Various other reactions simply mustered up a stunned, “What?”

In the series, Jessica made an emotional connection with Mark in the pods while Kelly made a connection with Kenny Barnes. Both couples committed to an engagement but decided not to marry when it came to their big days. While Mark’s 10-year age difference proved to be a source of conflict for Jessica, her connection to Barnett also further complicated things. At the reunion, Amber confronted Jessica about her indecisiveness. “You were engaged to another man that you were leading on,” Amber said. “[Matt] was engaged. He made his choice.” Jessica replied with an apology and said, “I do definitely owe a major apology to you, Amber, and to Barnett. I respect them both and I respect their relationship.”

Elsewhere in the reunion, Kelly reflected on what went wrong with Kenny. “I kept saying, 'My head and my heart are not connecting,’” she said. “What I have reflected on is the fact that, Kenny, you're amazing. You're a great guy and I did love you, [but] I was not in love with you. I needed time.”

More like this
Love Is Blind’s Natalie Claims Shayne Signed Up For 'Perfect Match' While They Were “Still Together”
By Brad Witter
Brittany Snow Files For Divorce From Tyler Stanaland After 'Selling The OC' Drama
By Grace Wehniainen and Radhika Menon
'Bling Empire: New York’ Star Tina Leung Has A Superhero Alter-Ego
By Alyssa Lapid
Who Is Dorothy Wang Dating After The 'Bling Empire: New York'?
By Karen Fratti
Get Even More From Bustle — Sign Up For The Newsletter
From hair trends to relationship advice, our daily newsletter has everything you need to sound like a person who’s on TikTok, even if you aren’t.