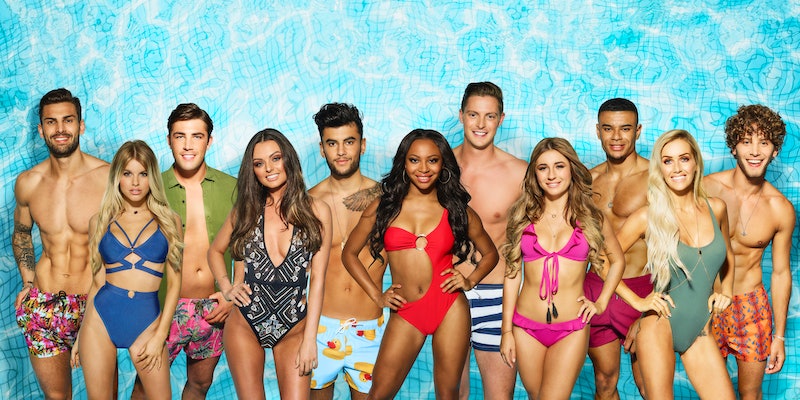 It's just under a week until touch down on Love Island 2018. But before we're allowed inside that iconic Majorcan villa, there's a few very important new faces we need to get familiar with. That's right, the Love Island 2018 line-up has been revealed, which means it's time to swot up on the new arrivals and find out who you're going to be talking about like they're you're best friend for the rest of the summer.

So just who will be mugging each other off this year? Whose Beach Hut confessions are going to crack us up the most? And which of the newbies is going to bring all the drama?

After plenty of speculation, it's been confirmed that Danny Dyer's daughter Dani, who crashed out of ITV2's battle of the sexes show Survival of the Fittest earlier this year, is among the crop of new contestants heading for Spain, as is another former boyband member (no, it's not Marcel Somerville, but I'm sure he'll mention his musical past just as much), a real life doctor (wait, hasn’t he got some lives to save?) and a member of cabin crew (at least she’ll be familiar with the exits).

But who else will be bunking up in that big bedroom for the next eight weeks? ITV have finally revealed all, so meet the Love Island class of 2018.

More like this
We’ve Got A Text! Another 'Love Island' Series Is On The Way
By Darshita Goyal
Twitter Can’t Get Enough Of The Romance In 'Ekin-Su & Davide: Homecomings'
By Sophie McEvoy
Fans Have Discovered The 'I'm A Celebrity' Camp's *Exact* Location
By Emma Madden
Scarlette Douglas Had A Special Person Waiting For Her At The End Of The Bridge
By Darshita Goyal
Get The Very Best Of Bustle/UK