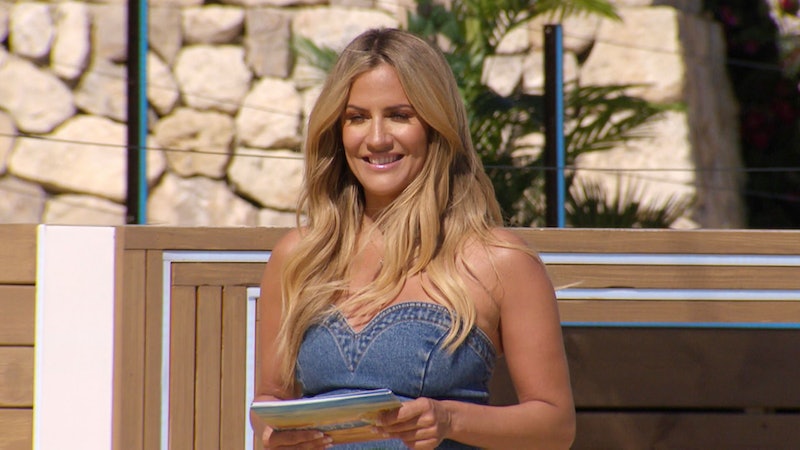 The start of Love Island marks the start of summer and honestly, I won't hear any different. From the cracking on to the tans, or the arguments and re-couplings, nothing signals the start of summer quite like Love Island. Millions of us tune in every day to watch the drama unfold to see who will couple up with who and who will get dumped from the island. But what if you could be that one step closer to getting in on all the action. If that has perked your interest, here's how to get Love Island: Aftersun tickets.

Love Island: Aftersun is the spin off where we get to see behind-the-scenes moments from life in the villa and catch up on the weeks most dramatic moments. Hosted by the Queen of the Island, Caroline Flack, since its inception Love Island: Aftersun has been giving us the backstage gossip and interviews from the dumped islanders first hand, and wow do we love it. But if you can't be in the Spanish villa, your next best bet to really and truly immerse yourself in the Love Island life is to be part of the live audience for Love Island: Aftersun.

Radio Times reports that the Flack told them "we’ve got a brand new studio, with a bigger audience," so Love Island: Aftersun is the place you need to be. And don't worry, you won't have to fly all the way to Mallorca for the Aftersun show because according to The Express the spin off is filmed at Elstree Studios in Borehamwood, Hertfordshire. The show is in good company at Elstree Studios because according to the website it has also been home to Star Wars, Strictly Come Dancing, The Danish Girl, The King's Speech and so much more. Pretty legendary, right? Will there be tears, will there be tantrums,? I guess we'll have to wait to find out. Every week on Aftersun, the Flack is joined by a celebrity panel who give their thoughts and feelings on he weeks drama so you could be mingling with some big names.

We're only in the fourth week of Love Island and already we've lost Callum, Sherif, Joe, and the angel that is Yewande (she deserved better). While it's still pretty early to call winners now the strongest couple still seems to be Curtis and Amy. But since the revelation that Casa Amor is back this year, is anyone safe?