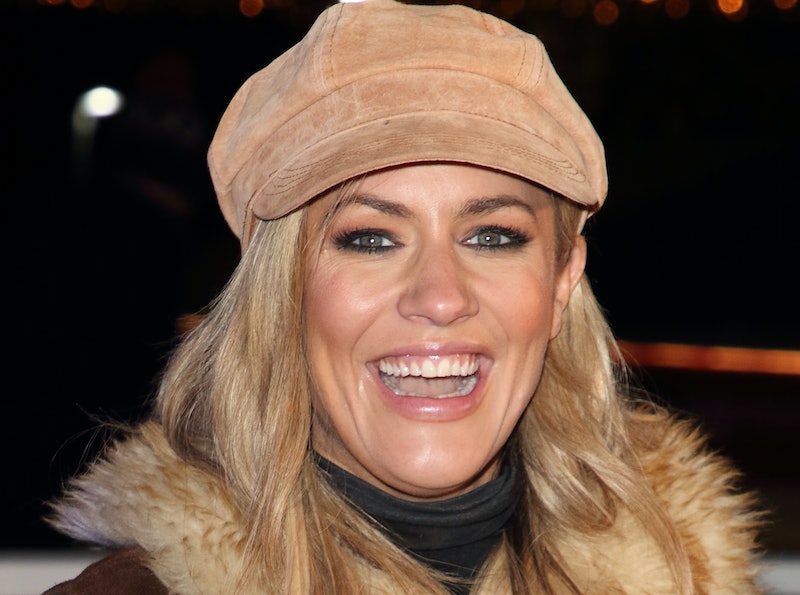 Twitter was sent into overdrive on Friday, not only by the General Election result but also news that Caroline Flack has been charged with assault by beating, according to The Metropolitan Police. The Love Island host appears to have gotten into trouble with the law after an incident that may have involved her boyfriend, tennis player Lewis Burton.

According to the BBC, the police were called to Islington at 5.25 a.m this morning to the home Flack shares with Burton. Little has been revealed yet in terms of what exactly happened and whether the incident directly involved her partner, but Flack has been charged with assault by beating and is due to appear in court at Highbury Corner Magistrates' Court on Dec. 23, and has been released on bail until then. The BBC reports that the incident is said to have involved a man who was assaulted, but not seriously injured.

I reached out to a spokesperson for Flack, who has said: "We confirm that police attended Caroline’s home following a private domestic incident. She is co-operating with the appropriate people to resolve matters. We will not be making any further comment for legal reasons."

Flack and Burton since made their relationship 'Instagram official' in August, when Burton posted a picture of the two of them kissing. Burton recently greeted Flack at the airport as she returned from South Africa, where she was filming scenes for the very first season of Winter Love Island. The couple looked very loved up and happy as Flack landed at Heathrow.

It is unclear whether this incident or Flack's impending court appearance will affect her upcoming presenting work on Winter Love Island, which is due to start in January. The series will take place in South Africa, and Flack was expected to fly out in the coming weeks for the launch.