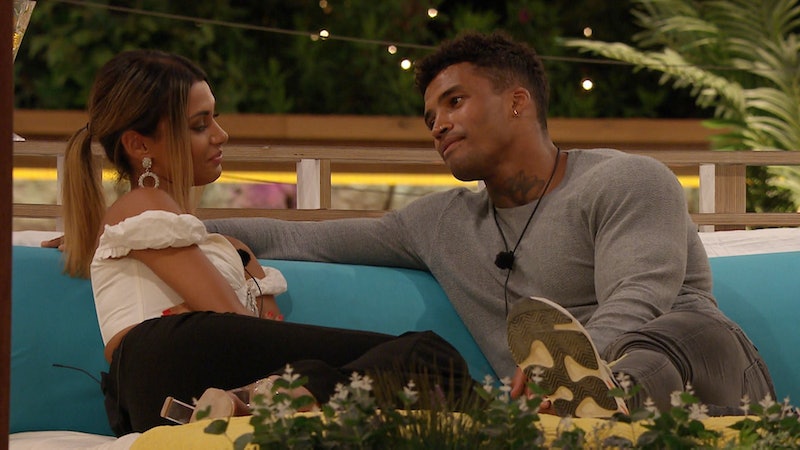 Love Island 2019 is almost over for another year. As loyal viewers look for new ideas for things to do at 9 p.m, lots of us will be wondering how we'll survive the rest of the summer without our favourite show. Even though most of the Islanders have already left the villa, with just a few couples remaining, the drama on the outside is rife. With makeups and pretty intense breakups, this season of Love Island has been one of the juiciest yet. Two contestants who were involved in one of the biggest love triangles of the season have set tongues wagging since leaving the villa. So are Joanna and Michael back together?

The rumour mill started whirling when the two were photographed attending the KISS FM Kisstory on the Common summer party and looking very cosy. The Sun published pictures which appeared to show the pair kissing. Meanwhile The Daily Mail reported that the couple were posting pictures featuring each other to their Instagram stories. This seemed to suggest that they might be rekindling their romance.

But things are never simple when it comes to love for Love Island alumni and Metro reports that Joanna denied she and Michael were kissing in a string of Instagram videos. She said "he [Michael] was saying something in my ear, I found it funny. Can’t remember what it was. I think one thing with me and you’ll get to know this the more you get to know me, is I don’t hold onto hate and negativity." She continued "It’s OK to be friends with someone you were with, it is ok for that. I’m friends with my exes and it is OK. For me and Michael, it was such a laugh being together. It was really nice and everyone had such a laugh." I reached out to representatives of Joanna and Michael for further comment and will update you as soon as I hear back.

So it seems that the status of their relationship is definitely just friends right now, which makes sense as Joanna previously said during an interview on This Morning that she wouldn't be giving the relationship another go.

During their time in the Love Island villa Michael and Joanna's relationship had a pretty dramatic start. Originally coupled up with Newcastle beauty therapist Amber, Michael shocked the nation by choosing to recouple with Joanna Chimonides during the Casa Amor twist, leaving Amber to return to the villa solo.

For a couple of weeks afterwards it seemed like Michael and Joanna's relationship was going from strength to strength. But then the worst happened and in a shock eviction Joanna was sent home. Michael then proceeded to do another total turnaround by staying in the villa despite declaring he had found what he was looking for in Joanna. He then proceeded to try and crack on with Amber again. And just when you thought he'd finished flip flopping, he was dumped from the villa and told Love Island After Sun viewers he wanted Joanna back. Cue eyes were rolling up and down the country.

It would seem that it's finally the end of the road for this pair. But who knows what the future holds. It is, as Love Islanders say, what it is.