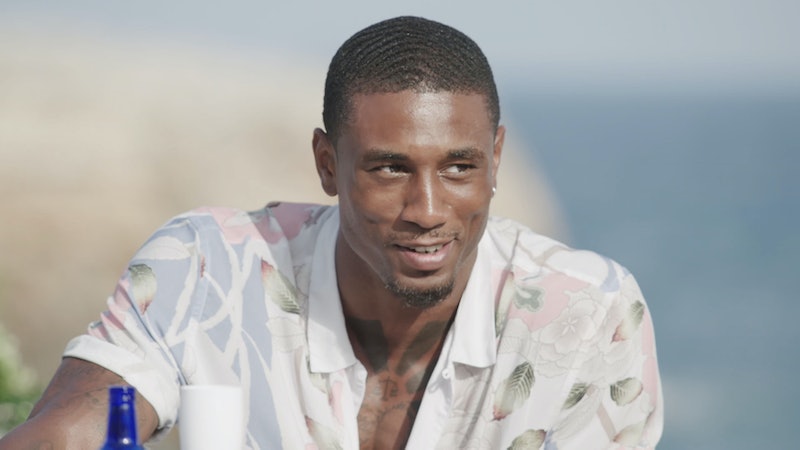 Ovie Soko may not have won Love Island this year, he sure stole the hearts of viewers across the country. But what's he been up to since the series ended? Well, he's only gone and entered the fashion world as Ovie Soko is now an ASOS model with his own line of bucket hats in the works, according to Metro. Not only that but his dad Raymond is on the action, posing alongside his son in photos posted on the fashion site.

The reveal comes after ASOS teased the collab last Wednesday (Aug. 28), warning fans of the brand to "hold onto [their] hats" with an accompanying snap of a stylish bucket hat in their office. The news was then officially announced on Sunday (Sep. 1), with the added bonus of Soko's dad Raymond being a major part of the deal as well. But, be warned: the picture posted of them together will honestly melt your heart.

Yesterday, ASOS teased fans further by posting a video of Ovie going through a haul that his dad picked out for him, and it was as cute as you can imagine. While the basketball player wasn't to keen on the statement tapered trousers, but he absolutely loved the pork pie hat — it got a double thumbs-up, after all.

And according to The Sun, ASOS couldn't be happier to have Soko on board. "Ovie is absolutely thrilled to be working with ASOS. He was offered some huge deals with big brands but chose the one he really loves and that he can have a long term career with," a source told the newspaper. "ASOS have never worked with any Love Island stars or celebrities before so he's the first — he's really excited about what the future holds."

There's no word as of what ASOS and Soko have planned — whether it's a collection or just Soko modelling for the brand. For more info on this, I reached out to an ASOS rep who tells Bustle that more about this iconic partnership will be revealed later this month. So exciting! Hopefully this includes more adorable snaps of Soko and his dad, because I can't deal with just the one.

And it looks like Soko's involvement with ASOS might not be the only fashion venture he's got going this year. According to Pretty52, the islander was "recently spotted hanging out at the offices of British Vogue with editor Edward Enninful." Maybe a cover shoot could be on the cards? Yes, please.

In the meantime, it seems that Soko is thoroughly enjoying his life post-Love Island — especially since he's still coupled up with his significant other, India Reynolds. As The Express notes, the couple has introduced each other to their families, and they also announced that they are an item on Love Island: The Reunion. And you only have to glance at their social media to see how loved up they are — especially when they went to watch GB play at the National Basketball Performance Center on Aug. 17.

Who knows, maybe Reynolds could be part of the collab as well — anything's possible!