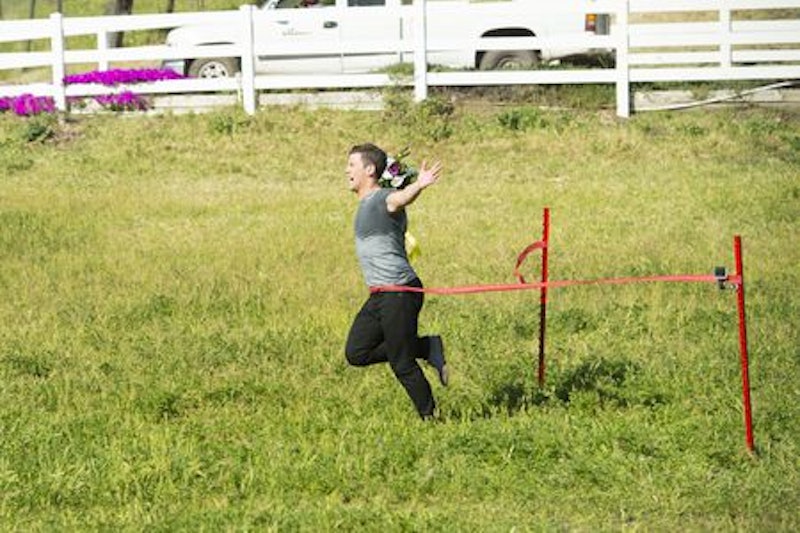 Blake and Lucas knew each other before they arrived on The Bachelorette — they were on another reality television show together — and suffice it to say that these two do not get along. Lucas likes to scream Whaboom, Blake is trying to promote his personal training career and his vigorous sexuality (this was the guy who talked about nothing but sex in his intro video), and both want Rachel. But they made the fatal mistake that competitors make — they made it all about each other instead of about Rachel, and then they both tattled on each other for what the other did. Rachel doesn't have time for that, and she sent them home. Post-rose ceremony, Blake started screaming at Lucas that he was a terrible person and he's the reason why Blake got eliminated, and then Lucas started screaming about personal training and I don't know what else.

My brain started bleeding. They did talk about what was funny and what was not funny, and I'm not sure that they know what funny means.

This particular rose ceremony aftermath looked less like The Bachelorette and more like a scene from the movie Step Brothers. All it needed was a good old slap fight and it was a frat party. Better luck next time, guys — you'll just have to avoid each other on all reality shows going forward.