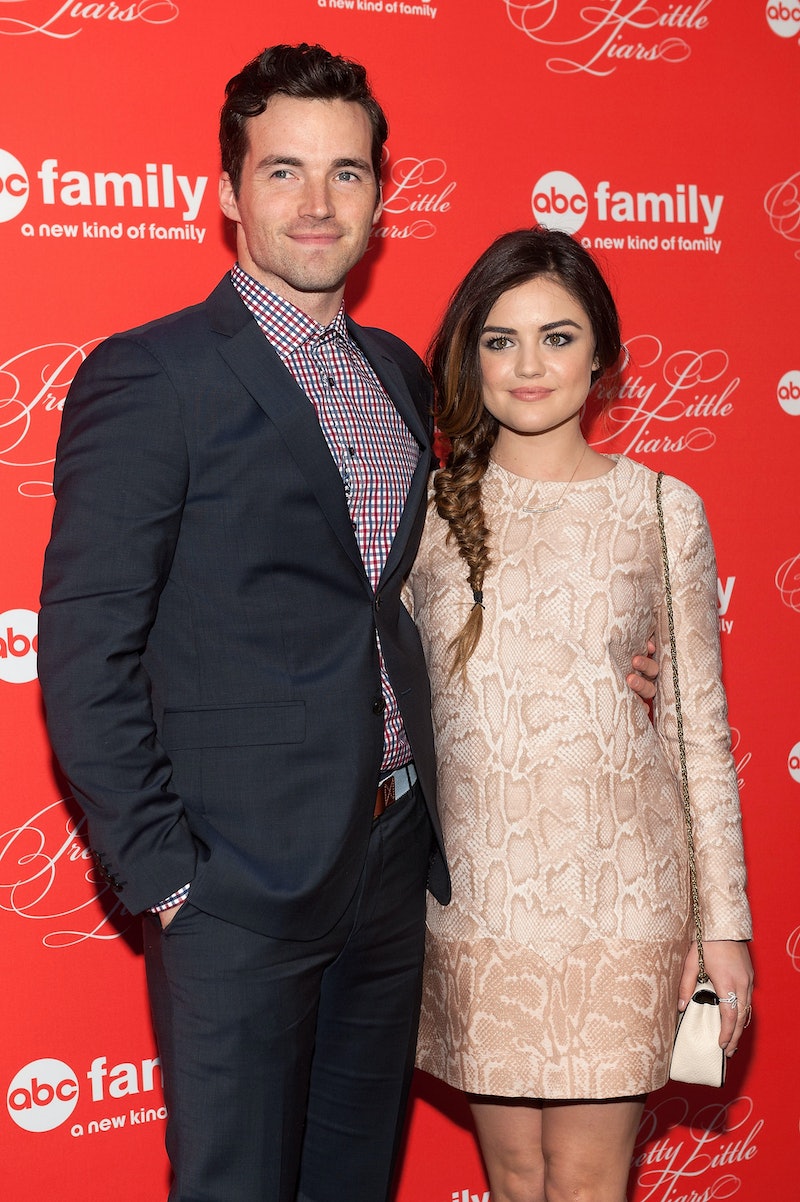 For all the Pretty Little Liars aficionados out there still scrambling to fill the PLL-sized hole in their Tuesday evenings — and, let's be real, probably a whole lot of other evenings, too — here's a freshly-minted dose of nostalgia to quell the longing. Per a now-viral Instagram post Sunday afternoon, March 25, Lucy Hale and Ian Harding had a mini-Pretty Little Liars reunion in Chicago over the weekend. And, judging by the social media clamor that has erupted in the post's recent aftermath, it seems safe to say Pretty Little Liars fans were very happy to see the duo together again after nearly a year sans Ezria.

It's been nine months since Pretty Little Liars went off the air (almost to the day). And, as fellow diehard fans of Freeform's long-running mystery drama will probably tell you, it's been a long year. So, it was quite a breath of fresh air for fans of the series when they caught wind of Hale and Harding's unexpected run-in. This isn't the first time the former on-screen sweethearts have hung out since Pretty Little Liars finished up last July. But still, there's something distinctly heartwarming about seeing the former fictional favorites get together — outside Rosewood, that is. (Because, as fans of the show know all too well, trying to sustain any variety of non-tumultuous relationship in Rosewood is pretty much next to impossible.)

So, when Hale took to Instagram with toothy-grinned evidence that, while Aria and Ezra's onscreen charm might have reached its end, Hale and Harding's real-life charm certainly hasn't. Much to the very enthusiastic delight of Ezria shippers everywhere who've yet to come to terms with the end of PLL, Hale shared an adorable glimpse into the former co-stars' (and, evidently, real-life friends') Chicago meet-up with her Instagram following Sunday afternoon. "Look who I found in Chicago," the 28-year-old Pretty Little Liars veteran wrote, captioning a photo of herself and Harding smiling sweetly, like a couple of old pals.

The photo, for what it's worth, is delightfully heartwarming in more ways than one. First, there's the obvious reunion hype — because, even for those PLL enthusiasts who weren't head-over-heels for Aria and Ezra's chaotic on-again, off-again onscreen love affair, seeing the two together after nine months is still pretty exciting. 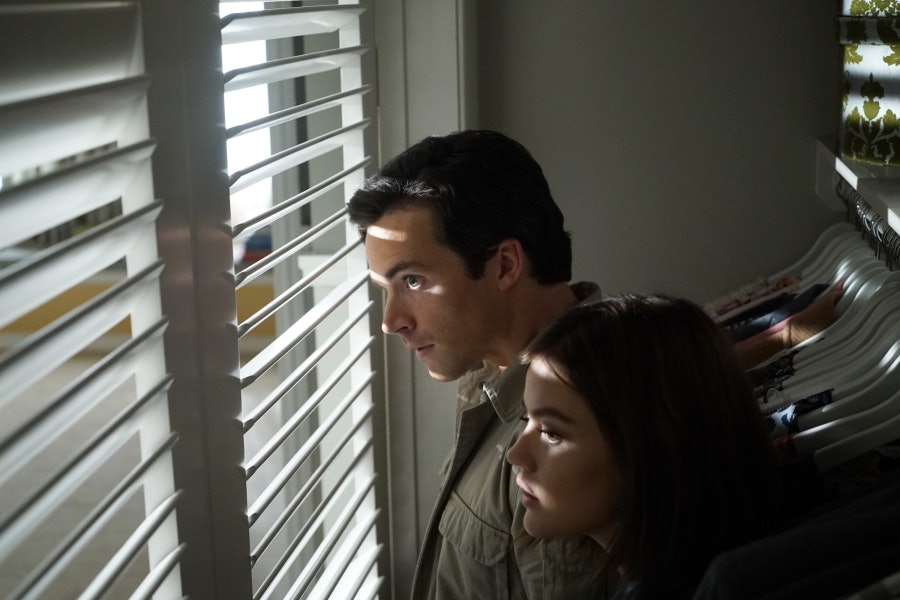 Suffice to say, Hale's Instagram followers could hardly contain their happy furor upon catching wind of the pair's reunion. The post's comments section doubles as an emphatic anthology of tributes to Hale and Harding's relationship. Or, Aria and Ezra's relationship — it's not always clear. As fans of the long-running Freeform drama will probably corroborate, once you've personally borne witness to the near decade-long saga that was Aria and Ezra's lust-fueled, chaotic, and duly thrilling fictional romance, it's hard to imagine Hale and Harding as anyone but their respective characters.

Fan-fueled "Ezria" fantasies aside, Hale's post, which has already racked up more than 1.4 million likes in its first few hours on Instagram, is also a pretty charming testament to the actors' real-life friendship. The photo pictures Hale and Harding standing side-by-side in a half-embrace, each donning respectively puffy winter coats. Their poses, funnily enough, seem to sort of mirror each other, which only adds to the duo's swoon value. While Harding wears a cozy-looking beanie, Hale sports an electric-blue baseball cap with the Chicago Cubs logo across the front. Appropriate, given their Windy City rendezvous.

Hale and Harding's meet-up isn't the only Pretty Little Liars reunion on the horizon. In the aftermath of PLL's seven-season run, Freeform is working on a series spinoff, called The Perfectionists, which is set to star veteran Rosewood actors Sasha Pieterse and Janel Parrish. No word yet on when that project will come to fruition onscreen, so here's to hoping there's more impromptu reunions to hold us over until then.