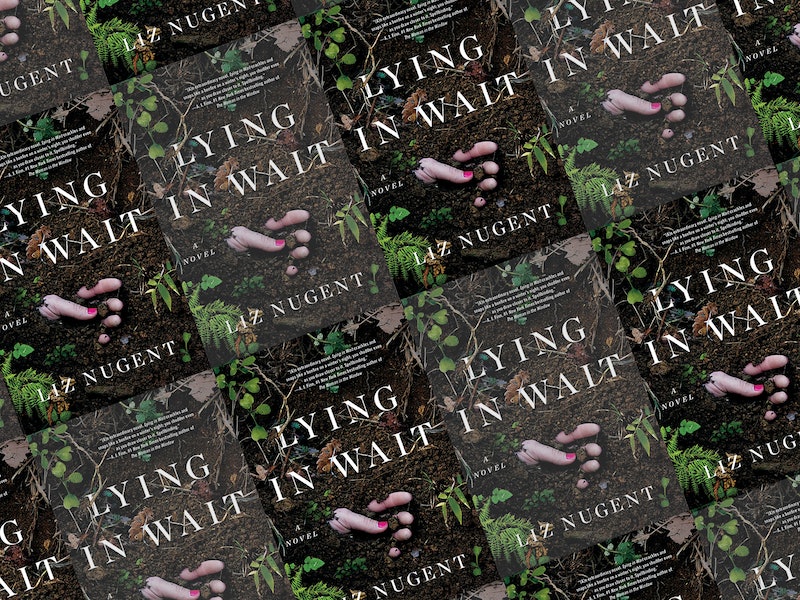 At the beginning of Liz Nugent’s Lying in Wait, set in the '80s, a seemingly wealthy Dublin couple murder a young woman in their car. They bury the body in their yard to hide their crime from the police and their teenaged son. "My husband did not mean to kill Annie Doyle, but the lying tramp deserved it," narrates Lydia Fitzsimons, the wife.

Nugent certainly knows how to open a book, and how to end one, too — but we’ll get to that later. This provocative first line sets the tone of what turns out to be a masterful addition to the canon of domestic noir. Nugent provides you with the crime, the perpetrators, the victim and the motive right from the start. Those gummy details out of the way, she proceeds to draw the reader into a deliciously dark and horrifying thriller about the psychological effects of trauma.

Lying in Wait is Nugent’s sophomore novel. Her debut, Unravelling Oliver, is an unflinching look at domestic abuse, told from the perspective of the abusive husband. Similarly, this book also begins with an unhinged narrator: Lydia, the controlling and manipulative lady of the manor, Avalon, a family inheritance and her ancestral home. The slow reveal of why her attachment to this house is so unhealthy is a large part of why this novel works so well.

Lying in Wait is told from the perspective of three characters: Lydia, her son Laurence, and Annie Doyle’s distraught sister Karen. Lydia is one of the most compelling sociopaths I’ve come across in fiction, and she drives the story. But this is no one-dimensional villain. Lydia’s love for her son and her home underpin the novel and, as her connection to both are threatened, Nugent reveals how her tragic childhood has made her into the controlling and manipulative person she is.

Laurence, when we first meet him, is a teenager who is often bullied for his weight — even by his father. He quickly figures out that his family had something to do with Annie Doyle’s death but, good boy that he is, does his best to protect his family. Especially his mother.

As the novel progresses, you see that Annie’s death proves disastrous to the Fitzsimons household, but also how it tears apart her own family. The police judge Annie Doyle as a troubled soul, a heroin addict and prostitute. They believe she ran away, and quickly give up on the case. Her sister Karen is the only person who doesn’t believe Annie would leave without saying goodbye.

Karen, a young woman yearning for independence herself, can’t get over Annie’s disappearance. Her sister has had a rough life and, though they had a difficult relationship at times, she knows Annie would never just abandon her. She becomes obsessed with finding out what really happened to her sister — a mission that puts her right into Lydia and Laurence’s orbit.

Through Lydia, Laurence, and Karen, Nugent explores how one crime can shatter many lives. Annie Doyle’s death reverberates through the years but another devastating event from Lydia's childhood lingers in the shadows.

Nugent skillfully weaves the three viewpoints together to a shattering conclusion, one where the house itself, Avalon, plays no small role. It is a house where bodies are buried, secrets are kept, and the past won’t stay hidden. The ending is shocking, devastating, and one that lingers after the book is finished. It is the only thriller I’ve read in the past year that has me going back, wishing it was different, but knowing that this was always how it was going to end.

Even though we know the crime, the motive and the players right off the bat, Lying in Wait is as riveting as any whodunit. There are twists and turns aplenty, but this is a character-driven novel. While Karen might be the most endearing one of the bunch, nobody comes out of this story untarnished. One of the best things about Nugent’s writing is that she dispenses with the notion that a character has to be likable to be interesting or to make the reader root for them. There are no perfect people in this book — and thank God for that. Nugent understands that in psychological thrillers, you need to get a little bit nasty. Or a lot.