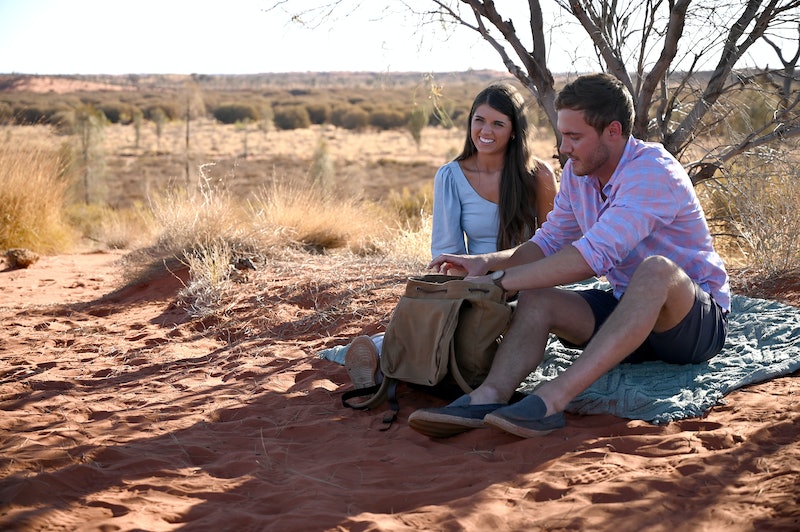 Madison Prewett may have been on a quest to find love on The Bachelor, but in the wake of all the drama that unfolded with Peter Weber — along with that super awkward After the Final Rose special — the Alabama native has decided to take a step back from romance, at least for a little while, to focus more on what matters most: herself. Madison isn't dating post-Bachelor. In fact, it's not even on her radar.

"After I go through something big in life — like a breakup, a transition, a move, a change, anything like that — I really try and take time to make sure my heart is in the best place. That my heart, mind, and body are all healthy," she explained in a recent interview with Elite Daily, regarding her breakup with Peter. "I take time to really get back to the best version of myself and make sure I'm in a great place." Instead, Madison is taking this time in quarantine to check in with herself. "I really haven't even considered dates or anything like that. Anybody who's asked, I've just been like, 'Look, I'm just focusing on myself right now.'"

That's not to say there hasn't been interested suitors over the last several months. In fact, back in March, rumors began circulating that Madison was dating former Bachelorette contestant Connor Saeli after he seemed to hint at a possible relationship between the two of them on Instagram Live.

Madison later denied the rumors and confirmed that she was still single. "He seems like a really sweet guy and he reached out right after the finale and just sent some encouragement and some support, but that is it," Madison said in her own Instagram Live, as per E! News. "We are not together. I am not with anyone right now. I am just focusing on myself and taking it one day at a time.”

Both Madison and Peter announced their split back in March on Instagram, just days after fans saw them reunite on After the Final Rose. The posts indicated that that decision was amicable and they wished each other nothing but the best. Peter is now happily in a relationship with former contestant Kelley Flanagan.

Let's hope that at some point Madison will also be able to find the happiness she's looking for — when she's good and ready.

More like this
10 Photos Of The Wildest Limo Arrivals From 'The Bachelor' Premiere
By Brad Witter
The Bachelor’s Christina Mandrell Comes From One Of Country Music’s Most Famous Families
By Brad Witter
Madison From 'The Bachelor' Chronicled Her Life As A "Sister-Mom" On Social Media
By Grace Wehniainen
This 'Bachelor' Contestant Got Back With Her Bachelor Nation Boyfriend After Going Home
By Grace Wehniainen
Get Even More From Bustle — Sign Up For The Newsletter
From hair trends to relationship advice, our daily newsletter has everything you need to sound like a person who’s on TikTok, even if you aren’t.