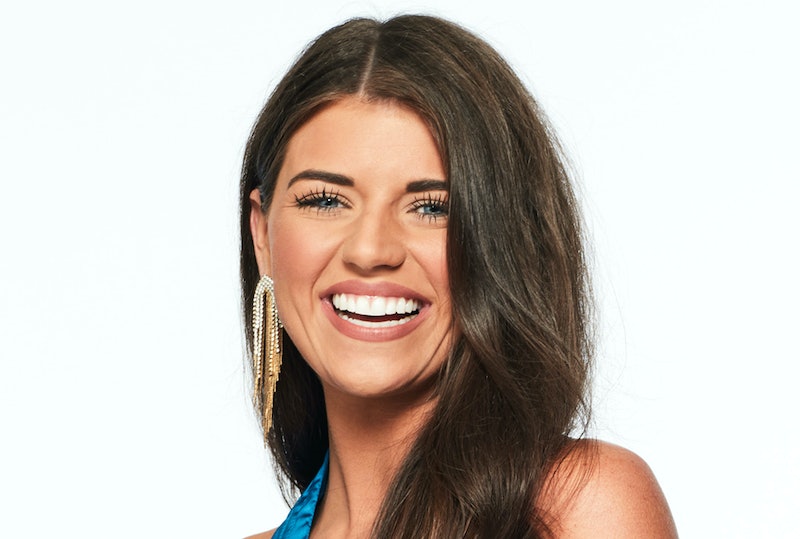 Peter Weber's Bachelor journey begins Monday, Jan. 6 on ABC, where audiences will get to finally meet the 30 women vying for his affections. One of these lucky ladies on The Bachelor is Madison, whose Instagram (@madiprew) contains some interesting tidbits. The 23-year-old contestant is from Auburn, Alabama, per her ABC bio, where she is Foster Parent Recruiter. But although she's young, Madison seems to know what she wants in life.

Her social media is filled with photogenic poses with family and friends, pictures from overseas missions trips, and travel photos. Her Bachelor biography talks extensively of her career as a high school basketball star (she attended Lee-Scott Academy in Auburn), of which she posted a throwback photo on her Insta. "She shoots! SHE SCORES! That is something Madison is used to hearing," the ABC site reads. "This Alabama cutie not only helped lead her high school basketball team to four state championships, she was also once named state MVP thanks to her unstoppable jump shot."

But while she claims that she'd rather wear Air Jordans than heels, she also competed in Miss Alabama Teen USA. Sadly, she'll probably have to wear lots of heels while she's in the Bachelor mansion. Here's what else audiences can glean from Madison's Instagram before Monday's big, three-hour premiere.

Her dad works for Auburn University

Madison's father is Chad Prewett, per AL.com, who is the Director of Operations for Auburn Basketball. According to her bio, the Bachelor contestant "credits a lot of her [athletic] success to her dad who coached her and always encouraged her to dream big." However, there may be some tension if she and Hannah B. run into each other, since the former Bachelorette is an Alabama graduate and vocal fan (the two colleges are fierce football rivals).

Madison Was on The Price Is Right

In 2018, Madison appeared on the game show, where she won $8,000. Although she just missed out on winning even more, she seemed happy with the amount.

Madison's bio states that if she were stranded on an island, the Bible would be her reading material of choice.

She Wants to Open an Orphanage

"Madison loves working with foster kids and wants to open an orphanage one day," her Bachelor bio reads.

She Knows What She Wants in a Man

According to the ABC site, Madison is "looking for a man who will prioritize faith and family before everything else. She is hoping to find someone who shares the same religious values that she and her family have. He also MUST want children and know how to have fun. Her dream is to travel the world and spread love through missionary work."

Good thing Peter is a pilot.