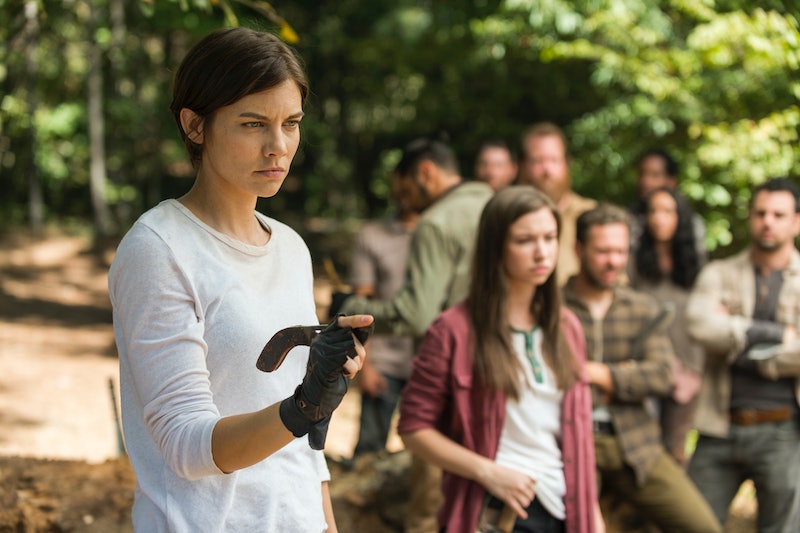 I never thought seeing Hershel's watch would make me weepy even after Glenn died, but Maggie's speech on The Walking Dead did me in nonetheless. During Sasha's funeral, she paid tribute to her husband while holding the watch, and talked about the choices that really make a difference.

She talked about how the group of survivors became a family. That happened, if you remember from way back in Season (before Maggie even joined the show), because Glenn took a chance on the sheriff.

"We were in trouble," she said. "We were trapped. Glenn didn't know you, but he helped you. He put himself in danger for you. And that started it all. From Atlanta, to my daddy's farm, to the prison, to here. To this moment now. Not as strangers; as family. Because Glenn chose to be there for you that day a long time ago, that was the decision that changed everything. It started with both of you, and it just grew. All of this. To sacrifice for each other. To suffer, to stand, to grieve, to give, to love, to live. To fight for each other. Glenn made the decision, Rick. I was just following his lead.“

Not only was this speech moving from a wife to her late husband, and helped send off Glenn in a way that showcased his importance on the series as a character rather than cliffhanger fodder, but it also solidified Maggie's new place as a leader in this community. Those types of speeches are usually reserved for Rick, aren't they? It's nice to see someone else on that podium.

"That day a long time ago," she said, "that was the decision that changed everything." Thanks to Maggie and other survivors at Alexandria, the Kingdom, and Hilltop, there will be more days and decisions like Glenn's. Who needs those trash survivors from the garbage heaps. The war may have started on The Walking Dead, but our family of survivors is as strong as ever.