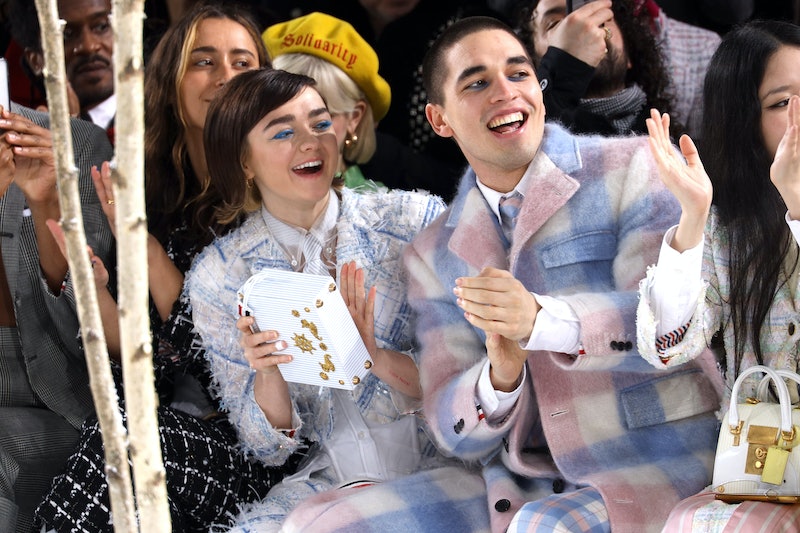 The suits themselves were part of Thom Browne’s Spring/Summer 2020 collection, which featured decadent French suits in various shades of fairytale pink and cotton candy blue. Setting off the tailoring though, were his-and-hers makeup looks in vivid blue: Williams' retro catflick and Selby's muted accent in a similar shade.

This isn’t the first time the couple have coordinated their looks. Last September, they attended Browne’s Spring/Summer 2020 show in matching tweed jackets and similar ties. They also donned identical smokey coral eyeshadow across their lids, proving a statement eye need not be restricted by gender. Earlier this year, they were spotted in themed sweaters at Loverboy’s menswear show in London. And on the beauty front, they've previously matched their hair colours, too: Williams dyed hers pastel pink last summer, and Selby followed suit, dying his close-cropped hair a hot shade of pink.

Williams, who has over 11.6 million followers on Instagram, rarely discussed her relationships publicly. In 2019 though, she mentioned that her boyfriend disagreed with her character, Aria, killing the Night King, but beyond that, we know very little about them. The pair are believed to have met when Selby was working as communications director for Williams' app Daisie, which enables creatives to network online and potentially build professional relationships from the platform. Either way, the duo prove that his and hers style can – and should – be done.