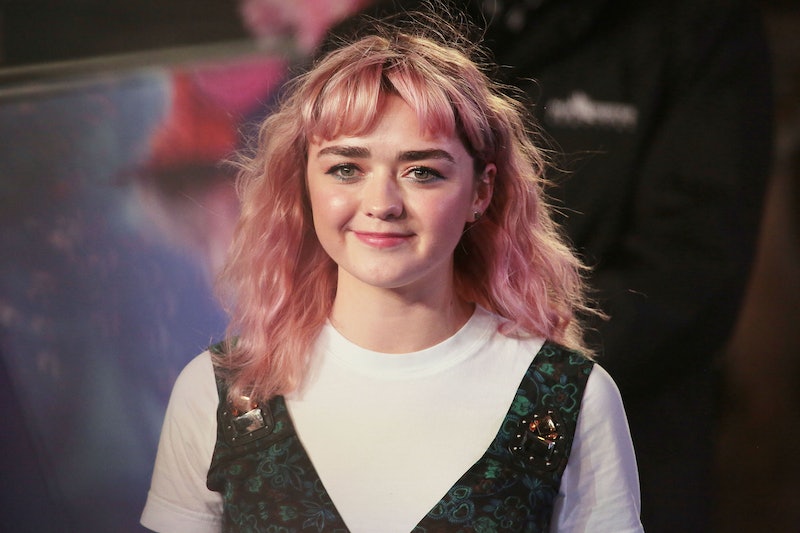 With the final season of Game of Thrones right around the corner, Maisie Williams has unsurprisingly been doing a lot of press. From photoshoots to videos, the young star has been busy as of late promoting her last episodes on the show as Arya Stark. And in one of her most recent interviews, Williams revealed something rather surprising. These comments in Rolling Stone magazine may have just revealed that Maisie Williams' Game of Thrones role will be her last one for a while.

Weirdly, the comments about her possible hiatus came about during a discussion about Williams' new pink hair.

“I guess, subconsciously, I dyed it because I didn’t want to work,” she told Rolling Stone, continuing:

“It’s a pretty good way of stopping that. And it just feels so good, so me. I’ve battled my whole adolescence with trying to put a stamp on my appearance, but also be a blank canvas as an actor.”

And it's not just the hair that Williams is changing; she just loves the colour pink:

“I love pink so much. It’s my favourite colour in the whole wide world. I come into the office [of her social-media-for-creatives app called Daisie] every day and I get my pink laptop out with my pink hair, and I wear a pink hoodie and I have a pink background on my screen, and a pink screen saver."

Her love for all things bright and pink may have something to do with wanting to take a direct step away from the wardrobe and lifestyle of Arya Clark, who has brown hair and wears a lot of muted tones.

While it's unclear if Williams is serious about her break from acting, it doesn't seem as though she has a huge deal of movies or shows coming out, based on her IMDB page. The two projects currently are The Owners (in pre-production) and The New Mutants (in post-production), the second of which Williams also referenced in her Rolling Stone interview.

The X-men movie spin off New Mutants, which also features Stranger Things' Charlie Heaton, is currently halted among the chaos of Disney's purchase of Fox, Digital Spy reports. Discussing what she knows about the release date with Rolling Stone, Williams boldly stated: “Who knows when the f**k that’s gonna come out." She added that she had seen her co-star Heaton recently, and he did not appear to know what was going on with the project either.

As well as acting, Williams does have another job. She also has an app, Daisie, which is designed in order to allow fellow creatives to network and share. Speaking to Tech Crunch about the app, Williams explained:

"I want Daisie to give other creatives the opportunities that I was lucky enough to receive at the beginning of my career. Daisie will break down the archaic gap between youth and creative jobs; offering new opportunities for individuals to collaborate, learn and create — establishing a new way for talented individuals to be discovered and employed."

It seems to be the project Williams loves, and one that may allow her to take a step back from acting. Speaking to the Guardian in October 2018, she said: “It’s a nine to five job, which is the routine I need."