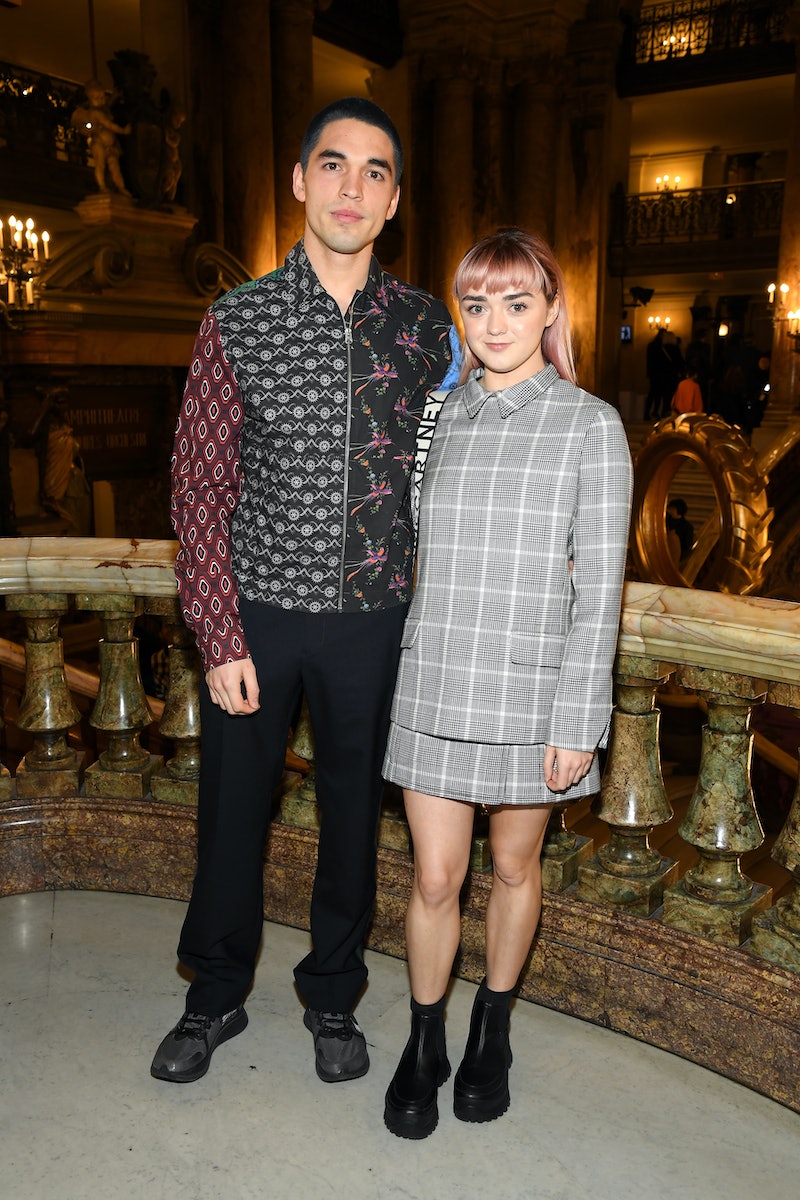 The couple held their rehearsal dinner at the Hotel La Mirande in Avignon, which is in the south of France and dates back to 1309. Turner and Jonas made a small nod to the Red Wedding from Game of Thrones during the dinner, asking the guests to wear white while the couple showed up wearing head-to-toe red.

Williams and her boyfriend, Reuben Selby, followed the dress code and came wearing matching white outfits. The Game of Thrones star wore a white blazer dress with two black buttons in the center. She added a twist to the evening look by skipping heels and instead pairing the mini dress with chunky black combat boots. Selby wore a very similar look, donning a white blazer with the same bold black buttons in the center of the jacket. The blazer was paired with white pants and black combat boots. There was a touch of unexpected color in the matching looks as well. Williams was wearing her trademark light pink hair, and Selby colored his buzz cut into a bright red. That could have been to match the soon-to-be-wed couple, or that could have just been a happy coincidence.

"White party for the bride and groom," Williams captioned the Instagram photo that she posted. Williams tagged the British designer Matthew Williams in the photo, who is the mastermind behind Alyx Studio. Williams specializes in avant garde and edgy collections, which fits right in with Maisie Williams' style.

Among the other guests at the event were A-listers like Ashley Graham, Nick Jonas, and Priyanka Chopra. Williams is considered one of Turner's best friends, so it's no wonder that she pulled out all the stops for the France-based wedding. In fact, Williams was one of Turner's maids of honor at the wedding.

That detail slipped in April 2019, during the Game of Thrones premiere in New York City. Turner revealed Williams' role in her wedding after she heard Williams tell Entertainment Tonight she was trying to find a dress for the ceremony. "I don’t know why she’s thinking about [what she’s wearing to my wedding]. I’m giving her the bridesmaid dress!” Turner shared with ET. “She’s my maid of honor! One of two,” Turner added.

Turner and Williams became best friends while on the set of Game of Thrones, essentially growing up together over the eight years the series filmed. Turner opened up about her relationship with Wiliams in Psychologies Magazine, sharing, “Maisie has been the most wonderful friend to me over the years. We grew up together on Game of Thrones and we have shared so many things and talked about everything,” she said. “We both leaned on each other during those times when we felt out of place and a little lost. It’s been so good to have such a great friend like her around and we are still very close.”

Turner and Jonas got married in a French château on June 29, but there have been no leaked photos so far of the wedding details. While there is no news yet about what the actress's maid of honor dress looked like, chances are high that it was just as fabulous as the rest of the weekend's outfits.