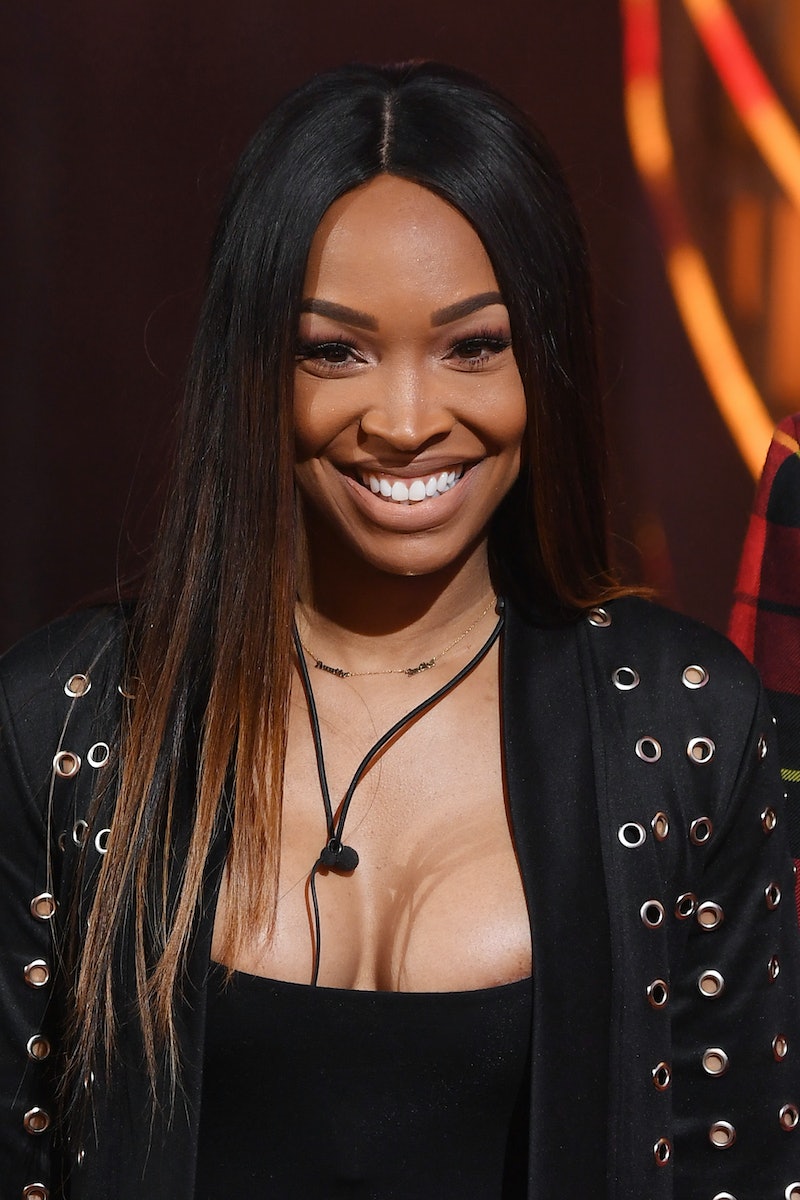 Kardashian fans have been keeping up on the family for years, and now, they'll have to keep up with one of their best friends' new addition. Khloé Kardashian's bestie, Malika Haqq, gave birth to a baby boy named Ace Flores, as confirmed by the Keeping Up With the Kardashians star on Monday, March 17. Haqq welcomed her son on Saturday, March 14, and, based on his name, he's already her number one.

Haqq announced the news on Instagram, posting a photo of the baby's tiny hand on top of her own and the hand of the baby's father, Haqq's ex-boyfriend O.T. Genasis. O.T. also confirmed the happy news on his Instagram, posting a sweet photo of the newborn wrapped in a hospital blanket with the caption, “Ace. I love you 03.14.20." Ace is O.T.'s second child, after his young son Genasis, who will turn 10 on March 24, according to PEOPLE.

Haqq's famous best friend has yet to publicly comment on the exciting news, but she did allude to her friend's thrilling new chapter when she celebrated Haqq and her twin sister Khadijah Haqq McCray's birthday on Wednesday, March 11. "You are my memories!," she wrote on Instagram. "We have so many new chapters and phases to enter in and out of. We have so much more life to go together."

Khadijah, however, did post about her nephew's birth, sharing a photo of the newborn's hand wrapped around his aunt's finger. "I’m never letting go nephew," she wrote. "Welcome to the family my little Panda."

Haqq announced in September 2019 that she was expecting her first child, but was surprised by the news of her pregnancy. “I have always wanted to be a mother and it’s still a little bit surprising but I’m overjoyed,” she told PEOPLE. “I’m a very emotional person anyway, but this is another heightening of emotion. I feel really good about where I am in my life being pregnant now.”

She originally chose not to reveal the father's identity, but it was later revealed that her ex-boyfriend O.T. was the dad when she spoke at her baby shower thrown by Kardashian. "Whether you brought me lunch or called me or texted me, I'm incredibly thankful to Odis Flores for my little boy," she said during her emotional speech, as reported by E! News. The former couple are committed to co-parenting Ace, but have not gotten back together romantically.

Congratulations are in order for Haqq and O.T.!