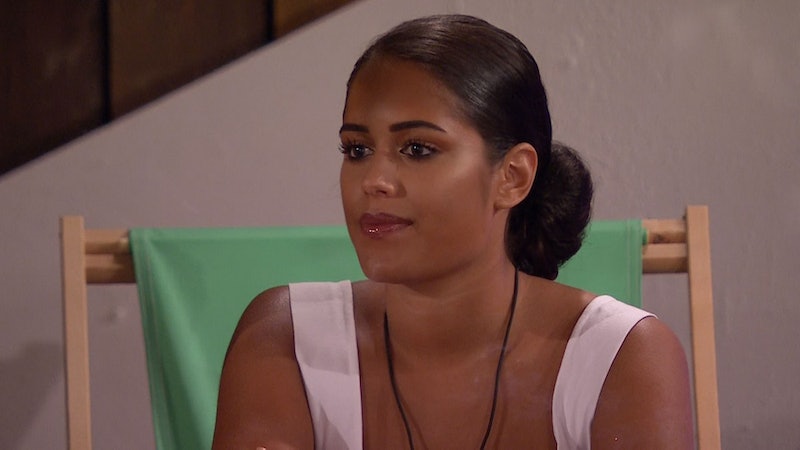 Every year, Love Island brings not only entertainment and potential romances, but a host of characters that viewers are allowed to watch for weeks on end. After leaving the villa, some of the islanders go on to work in TV, radio, or fashion, while others fade out of public consciousness. However, when tragedy strikes, it becomes clear just how difficult it can be to return to normal life after appearing on hugely popular reality TV shows. Now one Love Island star, Malin Andersson, has created a new self-help app, having experienced a series of devastating tragedies after leaving the show.

As Cosmopolitan reports, earlier this year, Andersson suffered a horrific loss when her baby girl, Consy, who had been born seven weeks prematurely, died at one month old. Sadly, this tragic event came just months after Andersson's mother had passed away.

Choosing to use her experiences to help others who are going through hard times, Andersson has decided to launch a self-help app, which she explains as being "a bible for self help, mental health, your body and soul." Posting the news on her Twitter account, the star wrote:

"Since Baby Consy has died I have spent day and night creating the ultimate app with my team for you all. It is a bible for self help, mental health, your body and soul. I’m hoping it can help someone that’s going through ANYTHING. Keep your eyes peeled".

Although the app is yet to be launched, Andersson's openness about her experience with grief in the last few months has been inspirational for many fans. She opened up about the loss of baby Consy, posting a picture with a heartbreaking caption:

"Completely in love with you.. and my Mum just wanted you to be with her. Your time wasn’t ready yet. Mummy loves you. I stayed with you each day.. you opened your eyes one last time for me and I saw those beautiful big brown eyes. I’m so sorry I couldn’t do anymore. Go be with grandma Consy. ❤️😞 My angel. Rest in peace CONSY GLORIA EMMA ANDERSSON-KEMP 🙏🏽 23/12/18-22/01/19."

As well as speaking about her upcoming app launch, Andersson has also spoken out about the importance of post-reality-TV support. The recent passing of former Love Island-er Michael Thalassitis has shaken the TV world, and has raised many questions as to what support reality stars get to help deal with the trappings of fast fame. The fact that Thalassitis' death follows last year's loss of Sophie Gradon has made it even more alarming for many, including Andersson, who tweeted: "Nothing when my mum died. Nothing when Sophie died. Change needs to happen."

Other Love Island stars, including Dom Lever and Jess Shears, have also expressed concerns about how the lack of support offered to former contestants when they leave the show.

In response to Thalissitis' death, ITV stated: "Everyone at ITV2 and Love Island are shocked and saddened by this terrible news. Our thoughts and deepest condolences are with Mike's family and friends at this very sad time." Bustle has reached out to ITV for further comment, but have not yet heard back.

Update: In a statement sent to Bustle, ITV has confirmed that they will be updating their aftercare process for future Love Island contestants. "As the show has grown ever more popular and our Islanders get increased attention in an ever changing landscape, each series we evolve the support we give them,” the statement read. It continued: "We have always recognised that this should be an evolving process and six months ago we engaged Dr Paul Litchfield, an experienced physician and a Chief Medical Officer, to independently review our medical processes on Love Island. He has extensive experience of working with large companies and Government in the area of mental health. This review has led us to extend our support processes to offer therapy to all Islanders and not only those that reach out to us. And we will be delivering bespoke training to all future Islanders to include social media and financial management. The key focus will be for us to no longer be reliant on the islanders asking us for support but for us to proactively check in with them on a regular basis."