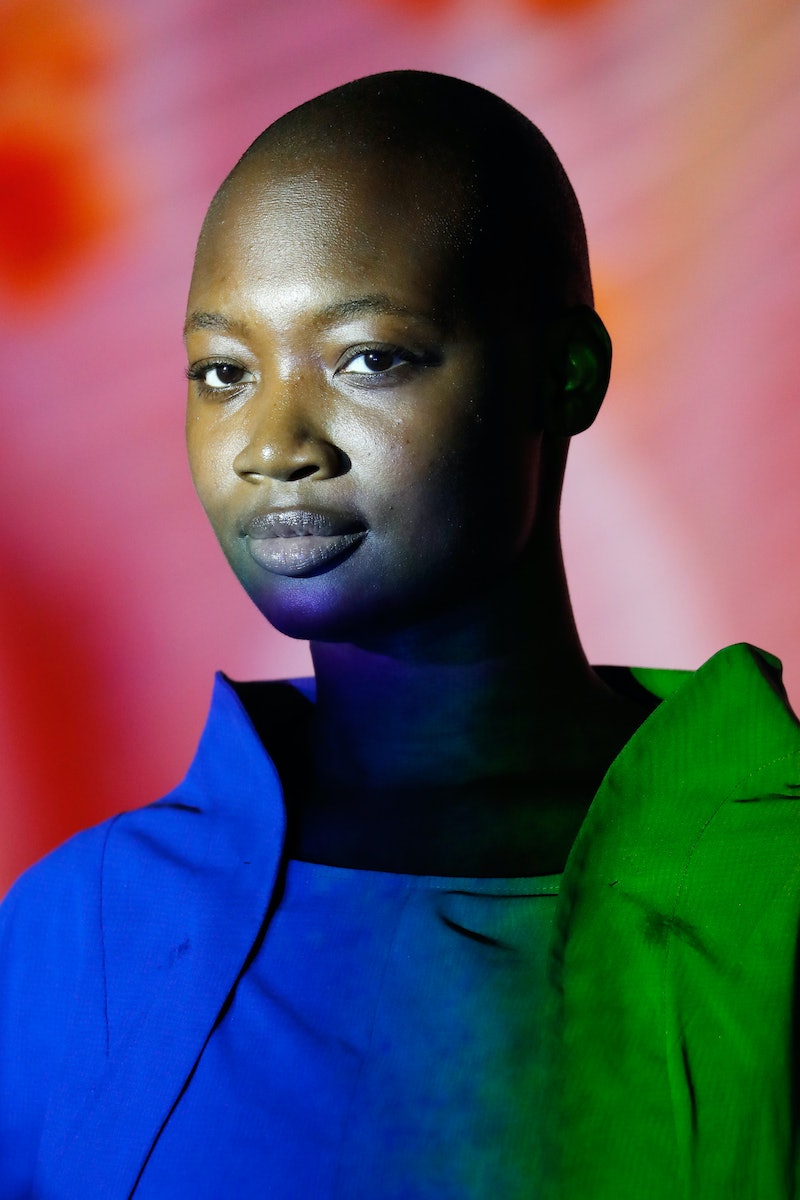 It’s a sad day in the fashion world. The industry has lost one of its biggest advocates for disabled representation on the runway. Lifestyle blogger and fashion model Cacsmy Brutus, widely known as Mama Cax, has died at age 30. The news of the Haitian American model’s death became known when a message from Cax’s family was posted to her Instagram on Dec. 20.

“It is with deep regret and immense sadnesss that we announce the passing of Cacsmy Brutus (Mama Cax),” the message reads. “Mama Cax spent the past week in the hospital, and unfortunately, on Monday December 15, she left this world.”

The Instagram post went on to explain how Cax bravely fought over the last week. This fight was not new to Cax, however — she was a cancer and amputee survivor, first diagnosed at the age of 14. Living with Osteosarcoma, a bone marrow cancer, Cax revealed to HuffPost that once her hip replacement to remove the affected bone didn’t work, she had to have some of it removed, as well as her right leg.

But despite it all, in the face of adversity, Mama Cax signed with Jag Models and landed her first Wet N' Wild campaign in 2017. She later earned campaigns with Becca Cosmetics, Olay, and walked in several runway shows during NYFW. Two of the late model's most memorable moments were during the Chromat shows as well as Savage x Fenty's runway show last fashion week.

Many of her friends were saddened by the announcement, taking to their social media accounts to express their condolences. This included other major accessibility activists like Trans model Aaron Philip and IMG model Jilian Mercado.

"Thank you angel for all you've done," wrote Philip. "Rest in eternal peace and power. I am simply crushed.

"My heart hurts that this world won't have such a beautiful human being," Mercado wrote under the post. "She was the most magical person I knew and I hope that people understand how important she was. I'm going to miss you mama so much."

More celebrities continue to share their words of sympathy under the post, including Iskra Lawrence, Tess Holiday, and Katie Couric. Cax's friend Rihanna shared a photo of her at the Savage x Fenty fashion show on her personal Instagram.

"A queen. A force. A powerhouse beauty that brought her strength to the @savagexfenty stage this year inspiring so many across the globe," Rihanna wrote. "Rest In Power sis."

It's times like these that we remember the marginalized folks who make an impact on the world everyday and have left us too soon. Cax's story will be remembered by not only the biggest names in fashion, beauty, and entertainment, but for anyone who continues to fight to make their own space.