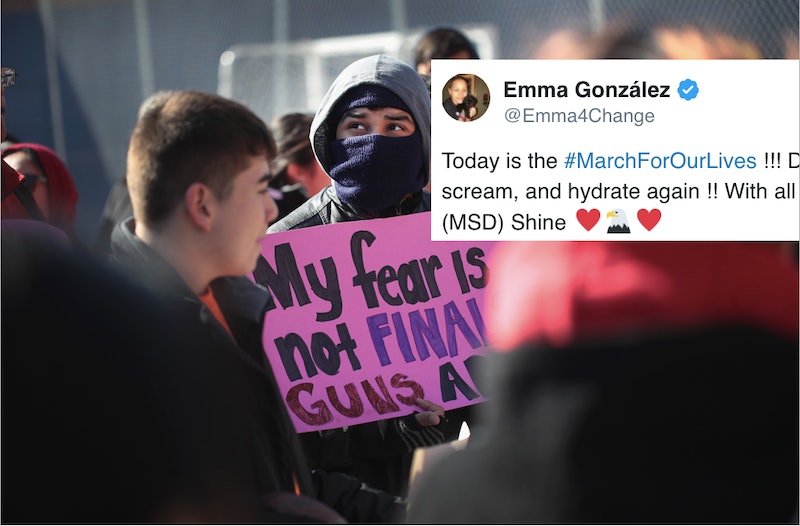 On the morning of Saturday, March 24, thousands upon thousands of people descended on the National Mall in Washington, D.C. for a massive March For Our Lives demonstration in support of gun control. If you want to follow along with the protestors and supporters of their cause, but for some reason you can't participate yourself, you might want to check out some of the March For Our Lives tweets currently making the rounds on social media.

The march, an event more than a month in the making, was organized in the aftermath of the deadly Stoneman Douglas High School shooting in Parkland, Florida last month. It's is set to include a number of speakers and performers, although Washington, D.C. is not the only location where a protest march is going down. There will also be simultaneous "sibling" marches happening in other cities and towns throughout America, and indeed, around the world.