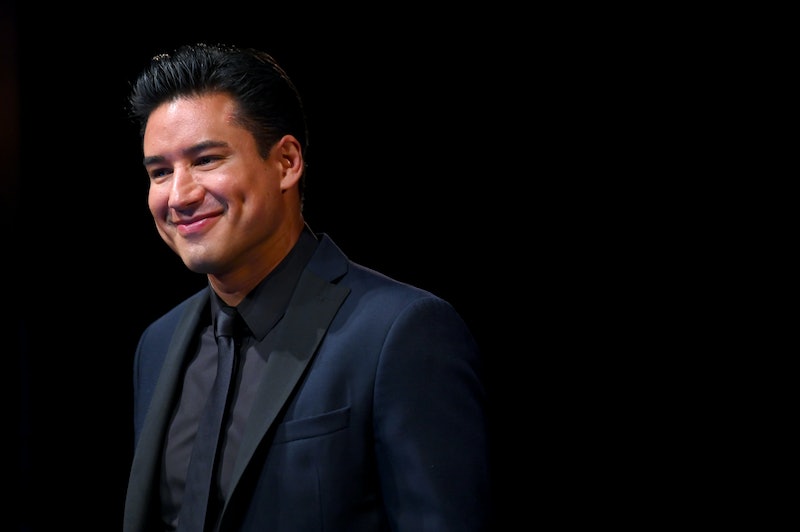 Mario Lopez found himself in hot water on Wednesday, July 31, after comments he made about children who identify as transgender went viral. In his comments, Lopez said he believed it could be "dangerous" for parents to trust young children when or if they identify as transgender. Now, Lopez has apologized for his comments about children's gender identity in a statement to Bustle.

During an appearance on the The Candace Owens Show, a PragerU YouTube series, in June, Lopez spoke about children who identified as transgender. As reported by NBC News, he said, in part, that it was "dangerous as a parent to make that determination" when a child says they identify as a gender different than the one assigned to them at birth. After these comments surfaced on Wednesday, members of the LGBTQ community, allies, activists, and more took to Twitter to express their dismay, prompting Lopez's apology.

On Wednesday afternoon, Lopez's rep shared the following statement with Bustle on his behalf:

"The comments I made were ignorant and insensitive, and I now have a deeper understanding of how hurtful they were. I have been and always will be an ardent supporter of the LGBTQ community, and I am going to use this opportunity to better educate myself. Moving forward I will be more informed and thoughtful."

Amid the controversy, the official Twitter account for PragerU shared a clip from Lopez's interview with Candace Owens, a media personality who made headlines in recent years for her support of President Trump. In the clip, shared under the headline "Parents Should Not Raise Their Kids As Transgender," Owens opened the conversation by noting her confusion at what she called a "new trend" of celebrities "saying that their child is picking their gender." Lopez responded, saying, "I'm kind of blown away too."

"I'm never one to tell anyone how to parent their kids, obviously, and I think if you come from a place of love, you really can't go wrong," he continued. "But at the same time, my God, if you're 3 years old and you're saying you're feeling a certain way or you think you're a boy or a girl or whatever the case may be, I just think it's dangerous as a parent to make that determination." He concluded, "It's sort of alarming, and my gosh, I just think about the repercussions later on."

The discussion continued, with Owens seemingly mixing up sexual orientation with gender identity, saying, "You can't make a decision about your sexuality when you're 3 years old." Lopez responded, "When you're a kid... you don't know anything about sexuality yet. You're just a kid."

It is important to note that gender identity and sexual orientation are not the same thing. Moreover, in March of 2018, a study conducted at the University of Texas at Austin found that "when transgender youths are allowed to use their chosen name in places such as work, school and at home, their risk of depression and suicide drops." The study surveyed transgender people aged 15 to 21, but its conclusion suggests that listening and supporting younger children who identify as transgender is likely good for their mental health.

In his statement, Lopez said that he hopes to learn from this experience and be better educated going forward, and it's safe to say that fans will be watching.