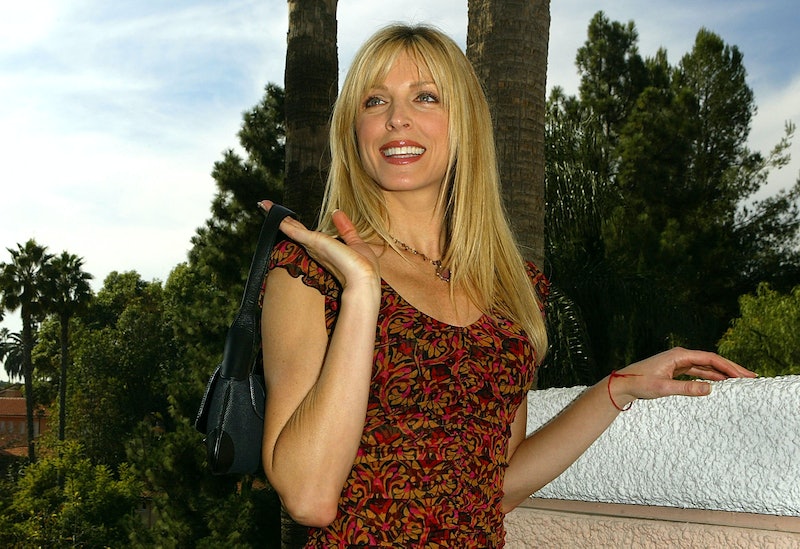 As her ex-husband's administration contends with backlash against its "zero-tolerance" immigration policy and its second appointment to the Supreme Court, Tiffany Trump's mom has largely avoided the political sphere. Nonetheless, she has been busy since she split from Donald Trump back in 1999. In fact, back in 2013, Marla Maples' ambient music album with the Dalai Lama won a Hollywood music award.

Maples and her daughter, Tiffany Trump, have been living their lives as though they have little to no connection to the family currently occupying the White House. In just the past couple weeks, Trump and Maples have been eating vegan tacos, celebrating Pride, and sailing out in the Hamptons. Maples has said in recent years that she is seeking a "quieter, more spiritual existence," according to TIME, leading her to become a Kabbalist and release an ambient music album in 2013.

Maple's album is called The Endless, and features thought leaders like the Dalai Lama, Deepak Chopra, and Michael Beckwith. The album combines spoken word, ambient music, and spiritual overtones, and won a Hollywood Music in Media award for best New Age/Ambient Album. The album is available on Amazon, iTunes, Spotify, and Maples' own website.

The Dalai Lama appears on the second track of the album, titled "The Compassionate Mind." The track essentially overlays words spoken by the Dalai Lama with ambient music, and is nearly five minutes long. The rest of the album features similarly spiritual tracks, with titles including "A Prayer to Humanity," "Open Your Eyes," and "Great Spirit."

The above music video was produced for a song off the album called "The Pearl," and attempts to further highlight the spirituality toward which Maples is striving. In the video, Maples dons a long white dress and strolls along a dramatic oceanside landscape.

According to New York Magazine, Maple's album brought her one step closer toward the lifestyle website she went on to launch in 2016. MarlaMaples.com features multiple sections designed to spotlight the actress' various interests in wellness, music, and "adventures." The music section of the site features The Endless, along with behind-the-scenes footage from the production of the album and links to purchase it.

Maples' website describes The Endless as "a musical journey of spiritual awakening and transformational energy," and thanks the people featured on it for helping her create "a wonderful, collaborative, higher reaching album." The Endless was not Maples' only foray into spiritual music, either. Back in 2010 she also released another album, the One World of Love Benefit Album, that according to her website intends to "inspire peace, love, and unity through music."

In addition to these two albums, Maples also launched a podcast titled "Awakening with Marla," where she reportedly focuses on everything from environmental awareness to self-empowerment.

Maples' lifestyle website launch was many years in the making, according to People. When she launched the site back in 2016, she told the magazine that she wanted to "shine a light on charitable causes closest to my heart, while sharing the adventures of my journey as a lifelong advocate for natural health and wellness."

"My intention is to help connect you to paths of healing through food, meditation, preventive medicine and the power of love," Maples told People at the time.

Perhaps just coincidentally, Maples launched her website in November 2016 — the same month that her ex-husband won the presidential election. Whatever her motivation for the timing of the website launch may have been, Maples seems to have made it clear that her life — with its spiritual album releases and "adventures with purpose" — will likely remain far-removed from the hustle and bustle of D.C. or New York.