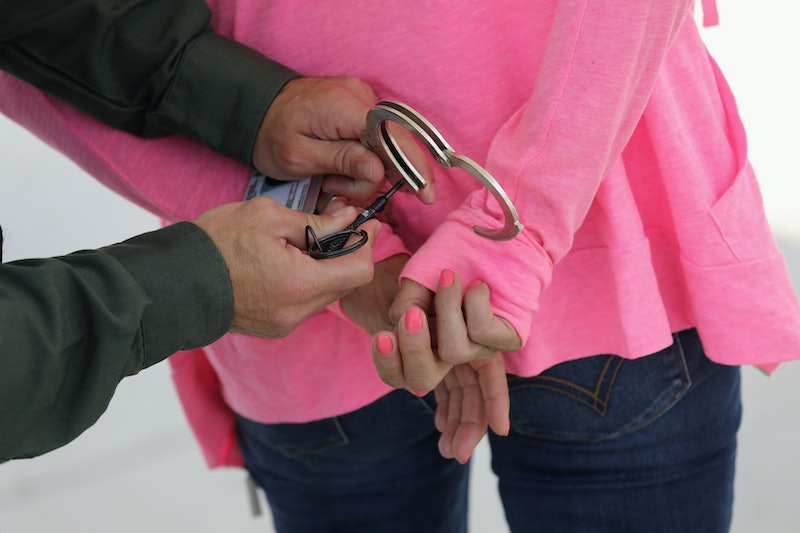 On Tuesday, BuzzFeed News reported that the Maryland General Assembly passed a law that prohibits Maryland police from having sex with detainees but still leaves behind a loophole that could harm alleged victims. BuzzFeed reporter Albert Samaha wrote that the bill was originally introduced after the outlet published a scathing report in February on how certain state laws in the United States protect police from penalties in the event that they have sex with people in custody. Maryland was one of them.

The February report listed Maryland as one of the 35 states in America that didn't legally bar police officers from having sex with the people they had detained. In spite of now barring such activity, the new law still comes with a caveat as it seems to have the potential to create a tricky loophole for survivors of sexual assault. Although now the law says that Maryland police officers could face legal repercussions for having sex with detainees, it does not characterize such sexual conduct in stricter terms like in other states.

For instance, recently New York state legislators passed a law that characterized all sex while being arrested as rape. For Maryland, the law is more lenient on police officers as it doesn't define all sex as nonconsensual. It could end up placing the onus of proving coercion on the prosecution team in court.

The sponsor of the bill, Maryland delegate Brooke Lierman, also noted that the law needed to be made stronger. "Passing this bill was a first step and I hope to come back next year with more comprehensive protections," she said. "Because there can be no such thing as 'consent' by someone who is in custody, any law enforcement officer who engages in any sexual act with someone in custody has, by default, committed sexual assault."

Sexual assault, under the new law, is characterized as a misdemeanor. If a Maryland police officer is found guilty of coercing a detainee into having sex, the officer could be given a maximum of three years, according to BuzzFeed. The officer could also be fined up to $3,000.

The sponsors of the bill summarized it as so:

The law will go into effect in October, according to its sponsors. Maryland will join other states like Tennessee, Texas, Wyoming, and Colorado where police officers are barred from initiating sexual acts with the people they arrest — but also where sex between a cop and an arrested individual isn't defined as de facto rape.

Not defining sex between a police officer and a detainee as rape can present a potential loophole. Such a lack of definition can be fraught with issues as it focuses on proving whether there was any consent from the victim in the first place.

Perhaps Maryland will follow New York’s lead with closing this loophole. In October, BuzzFeed reported that New York Council member Mark Treyger shared his thoughts on the state's then-existing loophole and said it was "antiquated." Treyger went on to say that the laws on sexual consent needed to "align with basic common sense and human decency."

"This is such a common sense issue," Treyger noted at the time. "There is no reason, no excuse that similar loopholes should not be closed in other parts of the country where they may still be in existence."