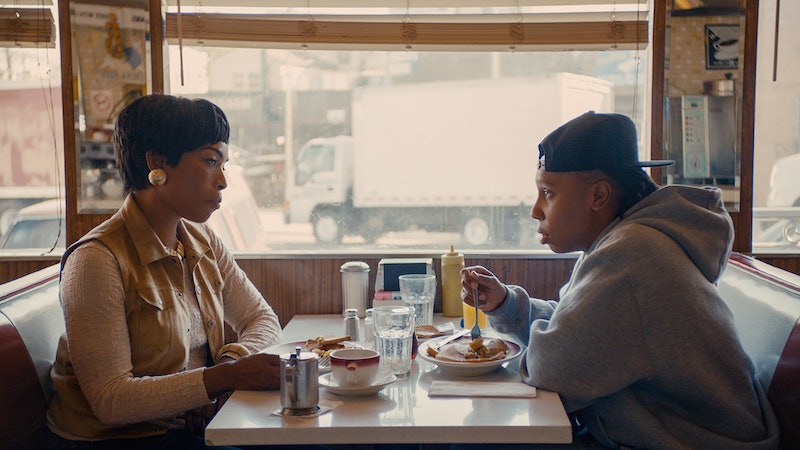 One sunny June day five years ago, I came out to my mother. As she and I walked toward the beach along a dandelion-framed sidewalk, I reassured myself with thoughts of successful coming out stories. We approached a bench overlooking the ocean and, in my mind, I looped scenes from a queer film — one where a girl came out to her loving, blue-eyed mother. At the end of the scene, the woman embraced her daughter, wiping her pink, tear-stained cheek before whispering, “I love you no matter what,” into her ear.

But when I finally opened my mouth, I felt a stream of bulky, awkward words ricochet off of my tongue. Almost immediately, my feelings of assuredness were stripped away. I stared, unblinking, into my mother’s pained eyes, watching as they grew red and filled with tears that, eventually, left glistening marks on her brown face. I knew in that moment that my coming out story would be nothing like the one in the movie.

As it was, I already had a lot on my mind as I pored through Master of None Season 2. Over the last few years, I have watched the show for its light-hearted, yet nuanced analyses of otherness in America. I had already come to expect many metaphorical punches in the stomach, as a result. And yet, as I watched the "Thanksgiving" episode, I felt myself unravel.

In the episode, the viewer is taken on a journey through Denise's past struggles with her sexuality, told through the lens of her family's Thanksgiving dinners. In 1995, we watch as Denise ignores the frilly dress her mother lays out for her, more concerned with the gyrating women on her television screen. In 1999, Denise clumsily comes out to Dev by admitting she has a crush on "mixed Erica." At Thanksgiving dinner in 2006, Denise finally comes out to her mother at a diner, a scene laced with palpable tension and discomfort for both characters. Throughout the rest of the episode, we watch as Denise tentatively brings two different girlfriends around for Thanksgiving before finally finding common ground with her family at Thanksgiving 2017.

Since that day at the park, my interactions with my mother — and other members of my family — have been underpinned by calculated words and painful silences. For five years, I have sat in stillness, listening to my relatives chatter about marriage and babies. I have smiled each time my mother has alerted me of a new engagement — part of a seemingly-endless stream of such news — of a family member or a friend. I have locked knowing eyes with my her and felt beads of sweat gather on my temples.

Though my circumstances differ from Denise’s — for one I am Latina and not Black — I saw myself on the screen with her in almost every scene.

Though I came out to my parents half a decade ago, I have kept my identity a secret from many of my culturally conservative, Guatemalan relatives. Over time, I have allowed them to believe I am perpetually single (something that still baffles many of them), and have accepted the isolation this lie has spurred. Sometimes, I fantasize about a day when my girlfriend can sit down for a family meal at my grandmother’s home—like Denise and Michelle do at the end of "Thanksgiving"—without having to pretend she’s just a friend. But, as of yet, I haven’t been able to muster enough strength to come clean.

Today, I live my life suspended between two worlds. I exist as two antithetical versions of myself, and I know that I’m not alone. I saw evidence of this faulted existence written across Denise’s face as she sat with her mother, Catherine, at an old-fashioned diner. My heart ached as I watched Denise fight to make her voice heard. And, though our experiences are not identical, her struggles mirrored my own.

Being gay in a world marred by homophobia is never easy, but for queer people of color (QPOC), these struggles are often magnified. And, even with access to a queer community, many QPOC routinely run up against white supremacist ideals and fetishization in these ostensibly welcoming spaces.

For many QPOC, layered histories of oppression, colonization, and control have come together to form a climate that habitually shuns queerness. Whether it’s concerns about keeping up appearances or adherence to prescriptive religious ideals, many QPOC struggle more with finding acceptance than their white counterparts.

“When [parents] find out that their kid is gay they try to figure out what they did wrong,” a young Denise explains to Dev as the two sit on the floor of her bedroom. Surrounded by Jasmine Guy posters, Denise searches for the words to explain her apprehensions while Dev fumbles over half-baked words of encouragement. “It’s more intense for black folks,” Denise explains. “Everything’s a contest for us and your kids are like trophies. Me being gay is like tarnishing [my mother’s] trophy.”

Though my circumstances differ from Denise’s — for one I am Latina and not Black — I saw myself on the screen with her in almost every scene. I felt the heavy silences at the dinner table and sensed the forced conversation and visceral discomfort throughout the years. When her mother requested her silence — ”You know you can’t tell your grandmother ‘cause she won’t be able to handle this” — I felt the suffocation of my own silence. I looked into Angela Bassett's dark, grieving eyes and saw my own mother’s pain.

Homophobia and intolerance in families of color — such as in Denise’s and in my own — mirror a broader context of queer struggle in communities of color, both in the United States and across the world. As such, I am grateful that Master of None chose to center this narrative with careful complexity. But, while I was touched by Denise’s family’s ability to move past these struggles, I remain aware of the fact that — for myself and millions of other QPOC — things are not always so easy.

“I’m happy for you,” I watched Denise's mother say as she took her daughter's hands into her own just before their last Thanksgiving meal. I paid careful attention as Denise locked knowing eyes with her mother, a tear sliding silently down my cheek. Such a simple phrase, I thought as I wiped the tear away.

A phrase I would give just about anything to hear.