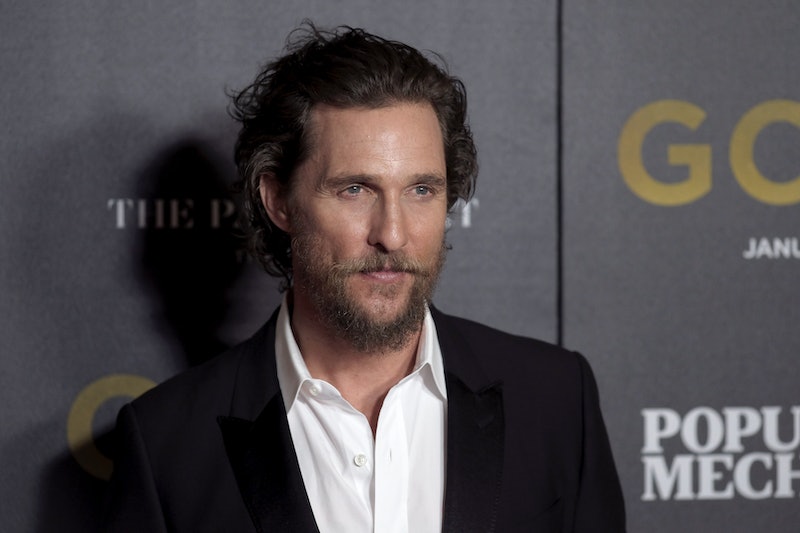 When it comes to the romantic comedies of the early aughts, nobody was a more charming leading man than Matthew McConaughey — but while fans might hold all of his iconic films in high regard, the actor himself has some controversial opinions about his classic projects. In fact, during a recent appearance on Watch What Happens Live, Matthew McConaughey ranked his own rom-coms, and fans won't believe what came in last.

During a round of "Plead the Fifth," host Andy Cohen asked the Oscar winner to rate three of his most famous romantic comedies — specifically How to Lose A Guy in 10 Days, Failure to Launch and The Wedding Planner — from best to worst. "How to Lose A Guy, you mentioned it earlier, saying how it's always on, that movie has been my greatest mailbox money," McConaughey began. "It is always on," he continued. "And there's always this great little check that shows up in the mail. [I'm like] 'From How to Lose a Guy in 10 Days?' I did that however many years ago.'"

After ranking the Kate Hudson classic first, McConaughey said, "then, let's go Failure to Launch, and then The Wedding Planner." The actor may have only had three films to choose from, but his dismissal of the unforgettable Jennifer Lopez film still hurt more than seeing her character almost get run over by a car.

McConaughey's appearance on WWHL — alongside Anne Hathaway, who he stars with in the upcoming thriller Serenity — offered plenty of other juicy tidbits about his career and past films, including his admission that he kept the thongs that his character wore in Magic Mike. "That was my rattlesnake thong," the actor revealed in response to a fan question about what he stole from the set. "Nobody needed to be wearing it after me."

While McConaughey may have become famous for his work in some of the most unforgettable romantic comedies of the 1990s and 2000s, there was one iconic leading role that he lost out on: Jack in Titanic. In November, the actor revealed on the Hollywood Reporter's Awards Chatter podcast that he auditioned to play the romantic hero, which was made famous by Leonardo DiCaprio.

"I went and auditioned," McConaughey said about the 1998 blockbuster. "I wanted that. I auditioned with Kate Winslet. Had a good audition. Walked away from there pretty confident that I had it. I didn’t get it. I never got offered that."

According to McConaughey, part of the reason why Jack wasn't played by everyone's favorite Southern gentleman could be because of a miscommunication between himself and his agent. "As I’ve said before, not even half jokingly if it’s true, if that was an offer and it didn’t come to me, I’ve got to go back and go, ‘I’ve got to meet in an alley with that agent,'" he said on the podcast. In other words: if he was offered the part back then, the actor claimed he never heard the offer.

While fans might not have gotten to see the actor star in one of the most famous movies of all time, McConaughey's career still gifted the world with plenty of iconic rom coms to swoon over. And even if he wouldn't choose The Wedding Planner as his favorite of the bunch, his romance with Lopez will always have a place in audiences' hearts forever.

More like this
Margot Robbie Breaks Her Silence On *That* Viral 'Barbie' Moment
By Maxine Harrison
Everything You Need To Know About ‘Black Panther: Wakanda Forever’
By Bustle Editors
A New Scooby-Doo Movie Confirmed Velma Is Gay & Twitter Is Pumped
By Radhika Menon
Lindsay Lohan & Jonathan Bennett Celebrated Mean Girls Day Very Differently
By Jake Viswanath
Get Even More From Bustle — Sign Up For The Newsletter