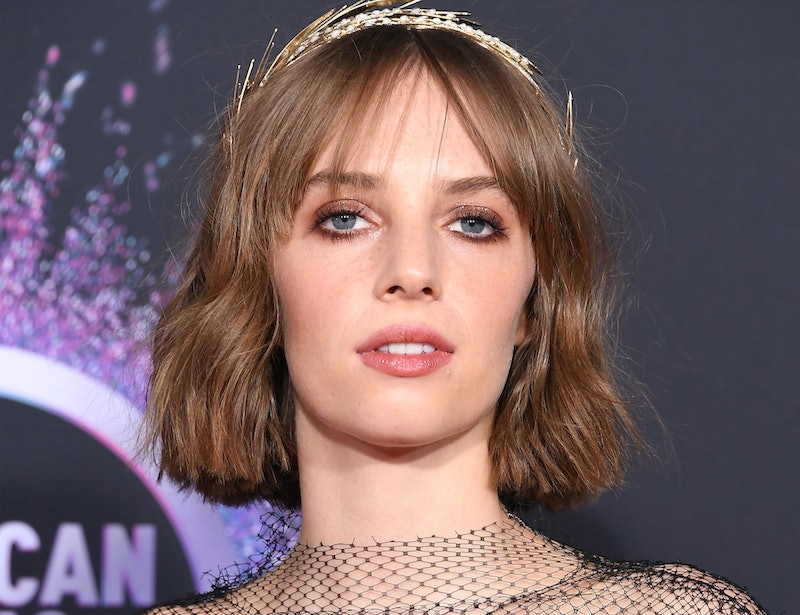 Given Hollywood’s fraught history of sexism, it shouldn't come as too much a surprise to hear that Maya Hawke's mother, Uma Thurman, didn't want her to be in Hollywood, at least not at first. The breakout Stranger Things star opened up about her famous parents, Thurman and fellow actor Ethan Hawke, in a new cover interview with NYLON published on April 21, revealing how they've impacted her career, including the advice imparted by her mother about the travails of the industry.

“Because this industry is so much tougher on women, my mom had reservations about me not becoming an actor, but becoming a public figure,” Hawke told NYLON, noting that being a public figure presented a whole other set of challenges for any actor. “The emphasis that the business puts on your appearance, the emphasis the business puts on your age — on all sorts of things that have nothing to do with your ability to act.”

Thurman told Hawke to cultivate perspective so that “you make the choices you want to make.” Hawke continued, “And that you follow your gut and your instinct and the projects that mean something to you, and that you don’t get trapped in the starlet tornado — that you don’t value about yourself the things that the business tells you.”

Of Thurman, who opened up about being sexually assaulted by Harvey Weinstein to the New York Times in February 2018, Hawke added: “My mom understands in a different way from my dad how difficult that is, because the voices are not as strong, the whispers are not as strong in men’s ears.”

In the interview, Hawke also touched on her privilege in Hollywood, as the daughter of two famous actors. “Oh, god, I’m well aware that every part I get is somehow influenced by the history of who I am as a person and where I come from,” she said. “I’m a not-that-famous, not-that-successful young actress, but if I get cast in something, it will get PR...”

Nonetheless, her parents are proud of her trajectory. At the Television Critics Association press tour in January, Ethan called his daughter’s success “one of the great honors of my life,” per Entertainment Tonight. “It's shocking,” he said. “I knew when she was a kid that she was — I felt that she was an artist really young and… that she's a substantive human being.”