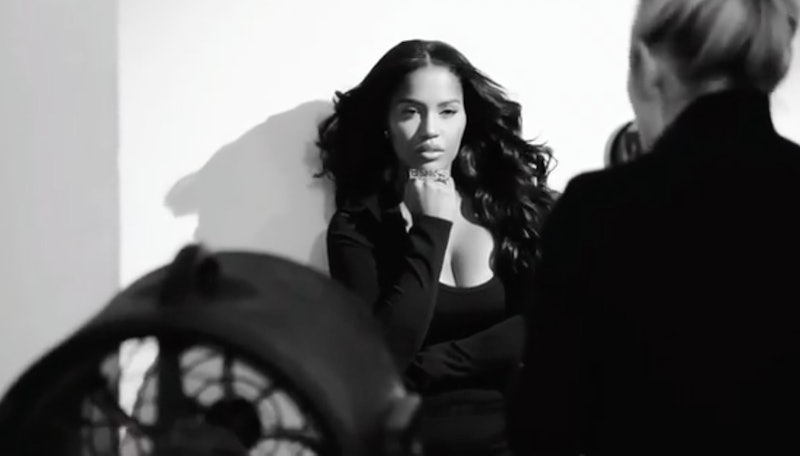 Beauty brands collaborating with vloggers and Instagram influencers is a common trend these days. Iconic drugstore brand Maybelline, however, has strayed from the pack for the entirety of its 100 year existence, never once collaborating on a product. But that's about to change. Maybelline has teamed up with beauty influencer Makeup Shayla for it's first ever product collab.

But the announcement isn't only important because Shayla is self-made boss. Shayla is also a boundary-breaking woman of color in a white-dominated beauty industry -- and it's time to take note.

Too many beauty brands lack diversity in products and influencer representation, often hiring white celebs or models as their ambassadors. Maybelline's partnership with Shayla, however, allows girls of color to see themselves in the mainstream beauty industry -- and to shop a collection designed with them in mind.

In the brand's Instagram video revealing the partnership, Maybelline stated the company "couldn't think of a better person than makeupshayla, a self-made boss who has built herself an inspiring career and empowered millions. Stay tuned to see what we've been working on together over the last year!"

I can't disagree. Not only is Makeup Shayla a straight-up, strut-your-stuff stunner but she is also a major source of inspo.

With over two million Insta followers and an audience that pays close attention to her posts and endorsements, Shayla's sphere of influence is major. I'm stoked that Maybelline realized that. And you should be, too.

The depth and scope of the collab — and the products themselves — will be revealed shortly. Fans can sign up for alerts for further details as they come. Shayla also teased that the products are "boomin'."

Maybelline x Makeup Shayla arrives at midnight ET on Friday, Aug. 11. It will be available exclusively via the brand's site and Ulta's site. BTW, Shayla is wearing two of the four products in this promo pic. #Gorj

Here, we see Shayla hard at work. Soon, we will see the end result.

Maybelline threw it back to November 2016 in its Insta story — when Shayla was labbin' and lab coatin' it up while working on her collection.

Check out those teases and swatches. We sure can't wait for inclusive products everyone can enjoy.