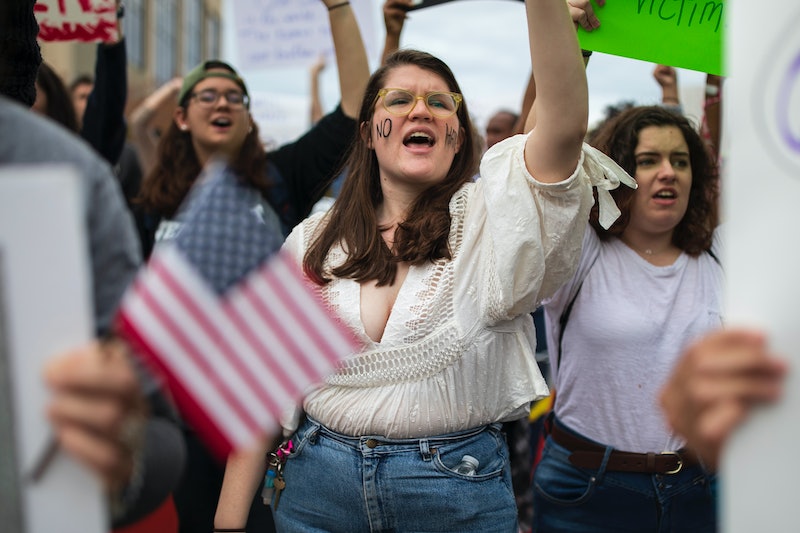 In case you needed any further evidence of how seriously people are taking the midterms this year, the "Me Voting in 2016 vs. 2018" memes and tweets circulating on Twitter have made it pretty obvious. The trend, which went viral on Monday, has been ripping through social media with side-by-side comparisons of how voters felt in 2016 versus how they feel now. The general sentiment was apparent: in 2016, it was an election, and in 2018, it feels way more like a battle.

Of course, plenty of people used this as the perfect moment to throw in some serious cultural references and "then and now" pictures for celebrities. Most of the memes are pretty hysterical, but there's also a somber undercurrent to all of them, given what they represent: that people now feel like they have to fight for their country during the midterm elections on Nov. 6.

There's nothing quite like tragic comedy to entertain— and these memes definitely do the trick.