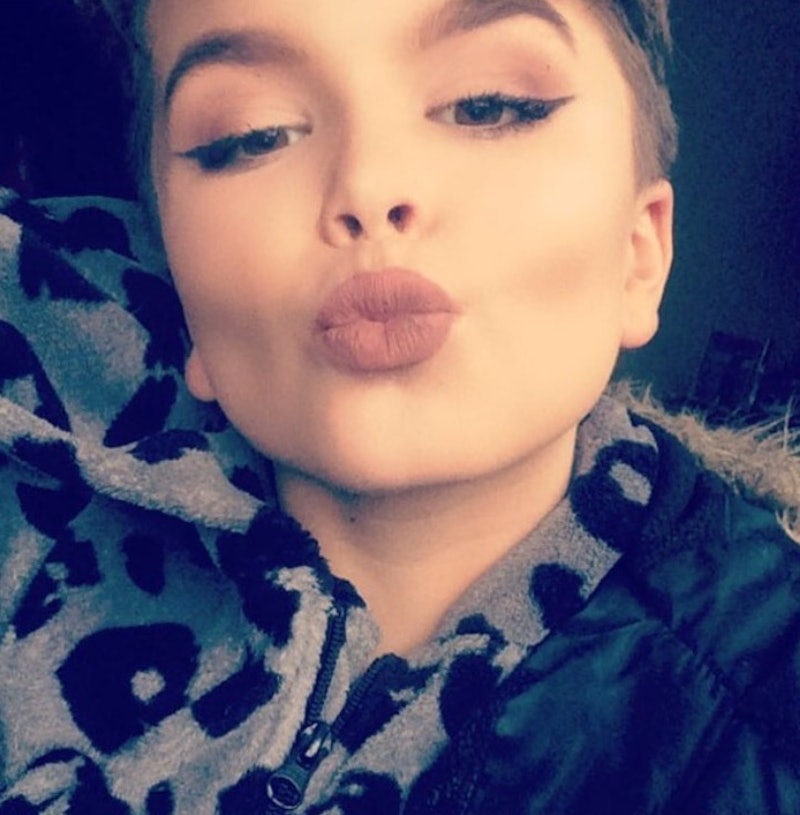 I haven't had the pleasure of meeting the 12-year-old makeup guru who caught my attention when he appeared on The Ellen Show. And I most certainly haven't had my makeup done by him, but we can all have goals, right? Since watching the segment on TV, I was fortunate enough to have Reuben de Maid spill his biggest beauty secrets to me via email so... that should come in handy for my beauty routine (and yours, too, honestly).

De Maid is most well-known for his impeccable singing abilities, but his love of makeup is no secret. In fact, it's something that came naturally for him. “I really loved art and design and always dressed up with my sister from a very young age, so makeup was the next step,” he tells me. And since he gained interest in beauty, he’s picked up quite the skill set along the way. He’s far advanced compared to my 12-year-old self — my routine back then pretty much consisted of messily smearing too much eye shadow on my lids and that’s about it. To be fair, it’s not hard to have more talent than I did at his age, but this guy’s got the glam thing down pat.

In fact, de Maid has started creating his own makeup tutorial videos, which is fitting since he learned many of his techniques that way. “I have always watched YouTube tutorials for hours on end to perfect my skills,” he tells me. Although he only has a few uploaded on his channel right now, he says that you can expect to see brow tutorials and more to come in the future. He's also filmed one "Get Ready With Me" video.

One of de Maid's favorite steps in his routine is filling in his brows, and if you’re hoping for a few tips from this makeup master, look no further: “For my eyebrows I use a creamy based gel as a base then I use a powder to match my eyebrow color applied with an angle brush.”

If brows are his favorite makeup step, the one product he couldn't live without is Urban Decay concealer. "I use it for concealing, brightening and also as a base for my eyeshadow," he tells me.

But de Maid also knows that a good beauty routine isn't just about makeup — even at such a young age, he has a simple, if solid, skin care routine. “I remove my make up at night with face wipes and Simple micellar water,” he writes. “My mum’s rule is I have to remove it properly and that's the deal!”

De Maid originally opened up to DeGeneres about how he was bullied in school for wearing makeup. "Before I used to get bullied a lot a lot... in my drama group I used to get hit and punched and kicked," he told DeGeneres. "I tried to brush it off, but brushing it off just doesn't work, so I stood up to them."

To anyone going through a similar situation, he says, “Tell somebody before bullying escalates, but never stop doing what makes you happy just because other people don't like it!” His confidence is truly inspiring.

So, are you more makeup savvy than a 12-year-old? Maybe not, but that doesn't mean you can't acquire some knowledge and become inspired along the way. It may take "hours on end" to master his tips, but hey, that's what YouTube is here for, right? Be sure you tune in to his channel to see all of the amazing glam moments he creates.